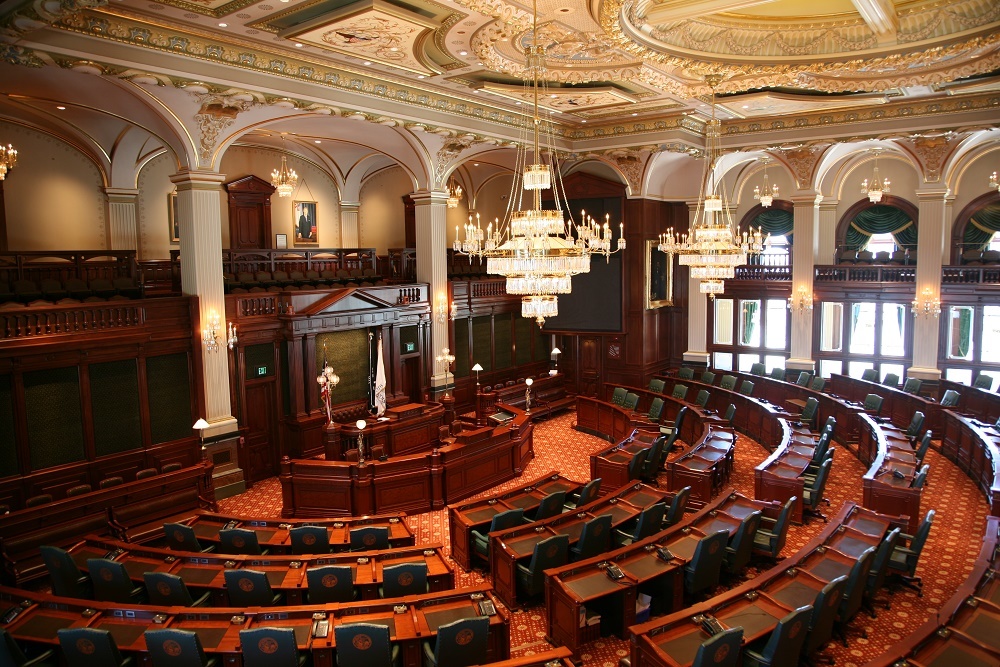 Two metro-east lawmakers want to create an agency that would try to spur development in local areas where blight conditions have hurt the "public safety, health, morals, or welfare" of residents.

State Rep. LaToya Greenwood, a Democrat from East St. Louis, and Rep. Katie Stuart, a Democrat from Edwardsville, are sponsoring House Bill 0873, which would create the Metro East Development Authority. The goal of the agency, according to the bill's summary, would be to "develop and revitalize depressed areas" of Madison, Monroe, Randolph, and St. Clair counties.

The agency's authority would include the power to borrow money and to issue bonds for projects. The legislation says the agency would perform an initial study and survey to determine what areas will be considered depressed -- ones that contain a "commercially, industrially, residentially, recreationally, educationally, or other blighted area." The agency would have the power to determine areas of blight, as well as "the factors that exist in the blighted area that are detrimental to the public health, safety, morals, and welfare" of the residents.

The purpose of creating the agency isn't entirely clear. Greenwood and Stuart did not immediately respond to emails and phone messages seeking comment. And the Metro East Development Authority appears to be similar to an existing, state-created agency: the Southwestern Illinois Development Authority.

SWIDA was created by state legislation in 1987 to spur economic development in two of the same counties -- St. Clair and Madison -- and two other counties, Clinton and Bond. Monroe and Randolph counties are not covered by SWIDA. SWIDA and other regional development agencies across Illinois spur development by issuing tax-free bonds. Those types of bonds have interest rates that are attractive to borrowers, along with tax rates that are attractive to the bond buyers. SWIDA does not operate on tax money, but rather sustains itself with revenue from its bond services and other services.

Michael Lundy, the director of SWIDA, said he's aware of the bill to create the Metro East Development Authority, but doesn't know many details about it. He said the bill's sponsors have not contacted him about it.

"I haven't talked to the representatives, so I'm not really sure what the intent is," Lundy said.

Lundy said the new agency would appear to have "some different types of powers" from SWIDA, but at the same time, the legislation creating the new agency "almost looks like it was taken out of our legislation."

Lundy said he's not aware of any plan to replace SWIDA with the new agency.

State Rep. Charlie Meier, R-Okawville, whose district covers part of Clinton County, said he has concerns that the new agency would be a duplication of services.

"I'm not against trying to spur development, by any means. I just don't want a duplication," Meier said. "Why do you want to pay for extra people to duplicate a program?"

He added, "If they can show me how this is going to be helpful, I might be more open to it. I want to see why it can't be integrated with what SWIDA is doing."

The bill to create the Metro East Development Authority lists a host of project types that the agency could tackle. The bill states:

The legislation also states that one purpose of the Metro East Development Authority would be to "increase for all persons living in depressed areas the available choices of locations for living and working by providing a more just economic and social environment."

The Metro East Development Authority would have 12 members, including two appointed by each chairman of the Madison, St. Clair, Monroe and Randolph county boards. The other members would be appointed by the governor and the heads of various state agencies. The agency would have authority to hire an executive director and other staff.

The bill has been referred to the House's Property Tax Subcommittee.

"That's DCEO's whole purpose," Berg said. "There's no reason to have all of these regional authorities."

Want to get notified whenever we write about Southwestern Illinois Development Authority ?

Sign-up Next time we write about Southwestern Illinois Development Authority, we'll email you a link to the story. You may edit your settings or unsubscribe at any time.