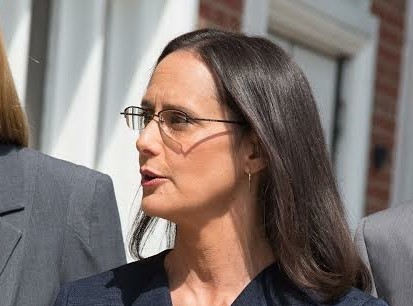 The Illinois Attorney General’s Office is in the early stages of assembling a statewide grand jury to conduct a criminal investigation, the nature of which is unclear.

The request approved by Karmeier on Nov. 19 also allows the sealing of “any subsequent filings and orders issued thereunder” and prohibits “any persons from disclosing the information therein.”

Madigan’s office declined to comment on the matter, except to say that it’s not unusual for the office to convene statewide grand juries.

Statewide grand juries have been allowed in Illinois since the 1990s, but they’ve operated in secrecy and in relative obscurity.

“As far as I know, I haven’t heard of any statewide grand juries in Illinois, in 50 or 60 years at least,” said Ann Lousin, a professor of constitutional law at John Marshall Law School in Chicago who served as a research assistant to the 1970 Illinois Constitutional Convention.

And then there’s the high-profile investigation of a Pennsylvania grand jury, which found that more than 300 “predator priests” have been credibly accused of sexually abusing more than 1,000 children. After that report was issued, Illinois Supreme Court Justice Ann Burke told the Chicago Sun-Times that she wasn’t surprised by its findings, and called for every state to launch similar grand jury investigations. Burke is a Catholic and, 15 years ago, served on a church-appointed panel that was asked to investigate child sexual abuse by priests.

“It was happening in Chicago, but we had to rely on files the bishops were willing to give us — and we knew there had to be more, but we had no subpoena powers,” Burke told the Sun-Times. “We had no government authority.”

Madigan issued a statement following the Pennsylvania report: “We have reviewed the Pennsylvania grand jury report, which identifies at least seven priests with connections to Illinois. The Chicago Archdiocese has agreed to meet with me. I plan to reach out to the other dioceses in Illinois to have the same conversation and expect the bishops will agree and cooperate fully. If not, I will work with state’s attorneys and law enforcement throughout Illinois to investigate.”

Andrew Leipold, a professor of criminal law at University of Illinois, said an investigation of sex abuse in the church would seem to fall under the types of investigations that are allowed under the Statewide Grand Jury Act.

“Now, I have no idea if that’s what this is about or not, but that at least plausibly fits within the jurisdiction of a statewide grand jury,” Leipold said.

Lousin, the professor at John Marshall, said: “It might be. I’ve been hearing – it’s just a rumor – that there’s going to be a wave of indictments there. But I don’t know.”

A statewide grand jury can serve for, at most, 18 months. The last time that Madigan’s office filed an application to convene a grand jury was two years ago, in November 2018.

Jennifer Brobst, who teaches criminal law at Southern Illinois University School of Law, said a statewide grand jury is useful in investigating crimes that occur over multiple counties. She also said statewide grand juries are a way for the state to deploy prosecutors who have “specialized training in these complex cases which involve multiple defendants in criminal enterprises.”

Heidi Ramos-Zimmerman, who also teaches criminal law at Southern Illinois University School of Law, said federal prosecutors often handle the types of cases that can be investigated by a statewide grand jury in Illinois. She said one advantage for federal prosecutors is that their investigations can cross not only county lines, but state lines, as well.

“Plus, federal charges often carry with them harsher penalties,” Ramos-Zimmerman said. “So, if you are a state’s attorney or crime task force, why not let the U.S. Attorney’s Office handle the matter?  It would be cheaper for you and your county, and the criminal will likely end up doing more time.”