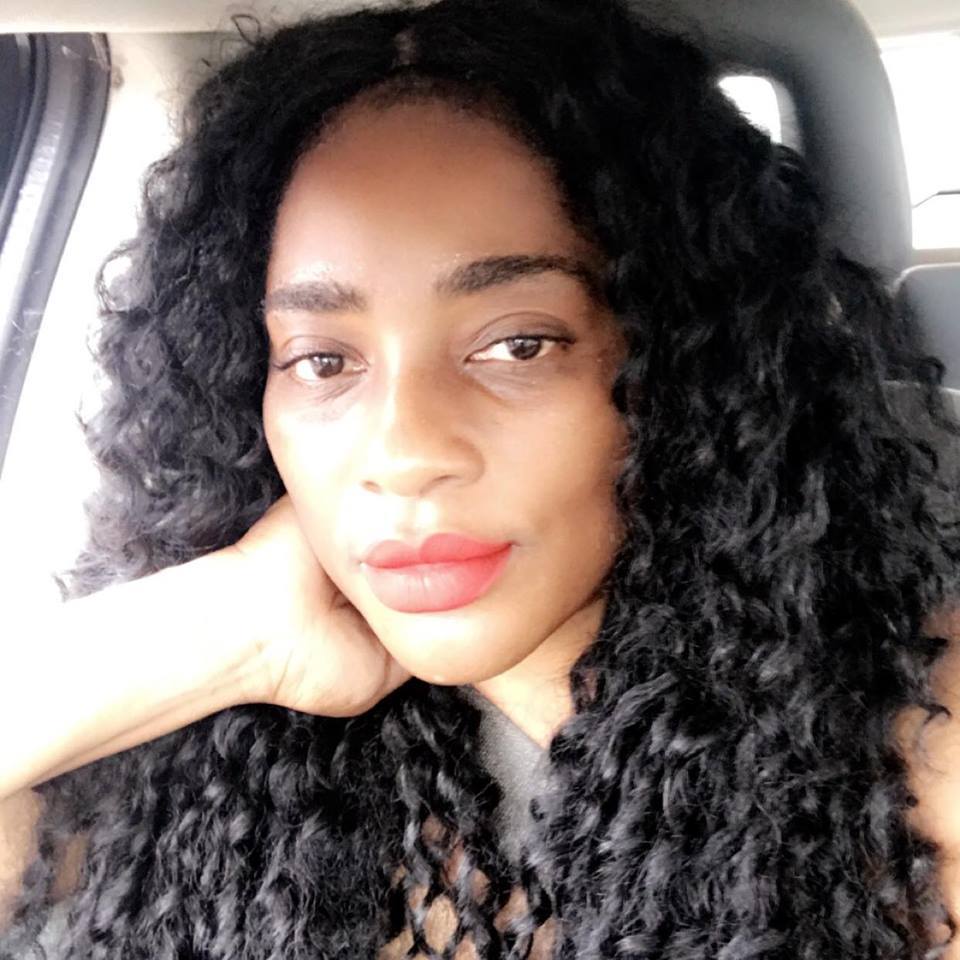 A Belleville homeowner who won a lawsuit against a home repair contractor is speaking out, saying the real winner isn't her, but rather the politically connected law firm that represented the man she sued.

After entering judgment for Cherry Bell in her shoddy workmanship case against contractor Derrick Johnson in August, St. Clair County Associate Judge Chris Kolker approved payment - but not for Bell. 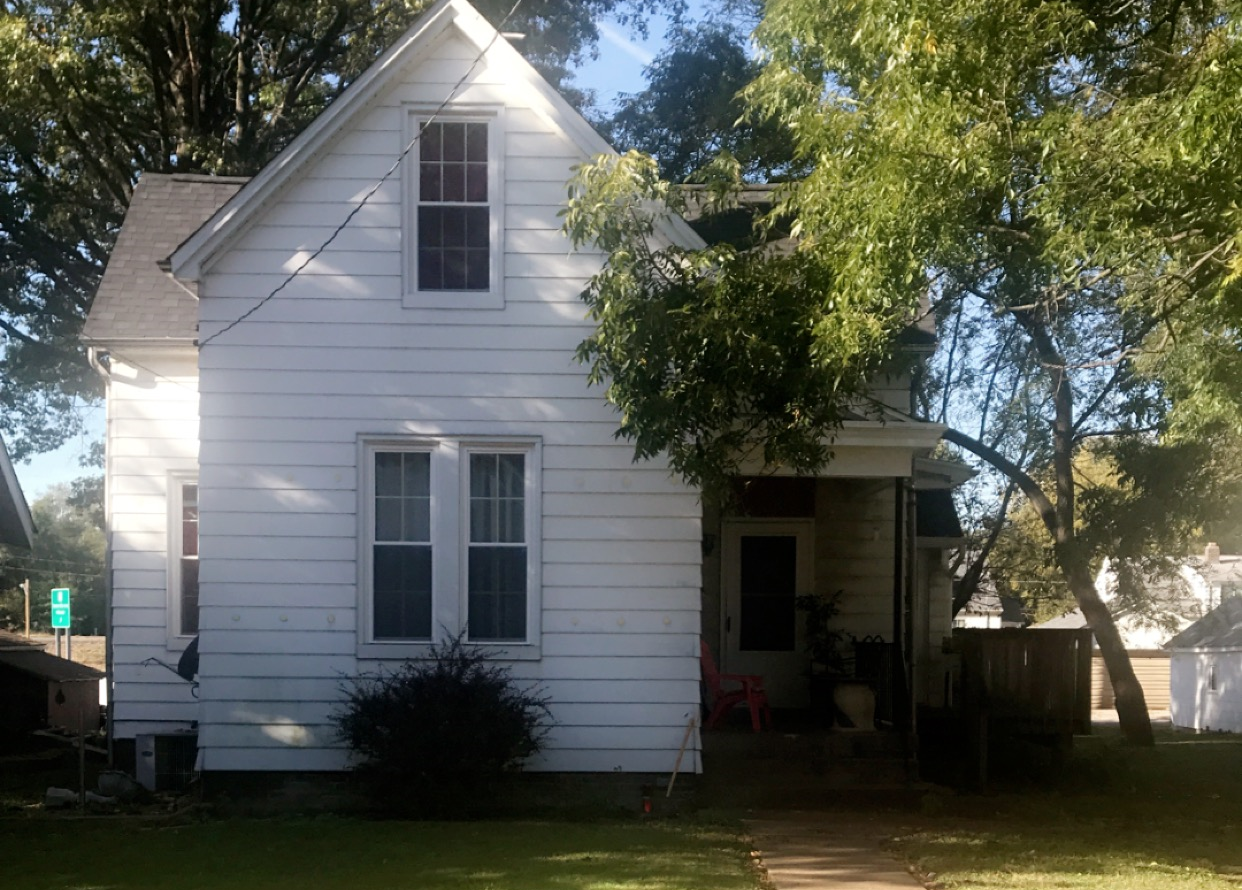 Kolker also entered judgment for Bell in the amount of $33,061, but she hasn’t collected any of it. At the hearing last month, Kolker suggested she hire a collection firm.

A campaign spokesperson for Kolker, who seeks election as circuit judge on Nov. 6, said in a statement that the assertion that Clayborne's firm was given priority in the matter is false.

"The defendant had an agreement to enter into a payment program with the attorney's office," the statement reads. "It is clear the Court did not 'prioritize' a legal bill over anything else. There was no agreement plaintiff made with defendant that appears in the file. It appears plaintiff is free to pursue whatever collection avenues she deems appropriate - that is not a decision for any Court to make for her."

Events leading to litigation began on Jan. 13, 2015, when Bell and Johnson executed a contract for improvements at her Belleville home through the county’s intergovernmental grants department (IGD), a local agency under the umbrella of the U.S. Department of Housing and Urban Development, which provides block grants to persons in need.

After the contract was signed, Johnson started work on Bell’s home. But about two weeks in, she contacted the IGD to say that his work was “very unprofessional.” She requested a different contractor, but was denied.

Bell told the Record she wanted media attention because she believes she was treated “very unfairly,” not only by Johnson whose work made her home more unsafe, but the court system where she sought relief. She also expressed concern that other recipients of IGD grants may face similar challenges in quality of work performed.

At one point in time before she filed suit, she claims that Johnson asked her why she complained when the work on her home was “free.”

“I explained to Mr. Johnson (the grant) was a forgivable loan, and educated him on the five-year lien on my home,” she said.

Bell reached out to the IGD again in February 2015, to inform the department that Ameren had “red tagged” her furnace for 40 percent leakage; that city inspectors found violations and that Johnson didn’t have work permits.

This caught the attention of IGD director Terry Beach, who in an internal message made part of Bell’s court case, asked, “Should we start requiring the contractors to show us proof they have the local permits in hand before work starts?”

In March 2015, city inspectors issued a complaint against Johnson for deficiencies in electrical work, mechanical work, and plumbing.

Following a separate complaint Bell made to the HUD office in Chicago, regional HUD director Ray Willis determined the county did not violate any regulations or contracts.

Willis also held that Bell's home "must be completed in a workmanlike fashion and that all deficiencies resulting from the county’s assigned contractors be corrected,” he wrote in an April 22, 2015 memo. “Ms. Bell should be given due process in the remediation of this complaint.”

Sprague is county chairman of the Democratic Party, to which judge Kolker, Senator Clayborne, and grants director Beach belong.

Sprague set a May 2 deadline to coordinate a time for the contractor to complete the repairs.

In response, Bell set a May 10 deadline to coordinate payment for the contractor of her choice and a settlement offer.

The department closed her file, after reaching a conclusion in April that if Bell wouldn’t allow the department to make repairs through its contractor, “we have no choice but to consider the project complete.”

Bell followed with a suit against Johnson in August 2015, without a lawyer, claiming he misrepresented a material fact with intent to deceive and defraud her.

Johnson retained Clayborne, who moved to dismiss the complaint for failure to attach the contract.

Bell then retained Brian Wendler of Edwardsville and Ellen Burford of his firm.

They amended the complaint and attached the contract.

Clayborne moved to dismiss the complaint, writing that Bell failed to allege that she complied with all terms of the contract.

In May 2016, Burford sent Clayborne a message stating that an answer to the complaint was overdue.

Clayborne responded, “I thought I filed an answer. I will get on it ASAP.”

With no answer on file in August 2016, Burford moved for default judgment.

Clayborne wrote that the contract between Bell and Johnson required arbitration of disputes by grants director Beach.

An arbitration hearing before Beach took place on Oct. 31, 2016, with Burford asking Bell why licenses and permits were important.

Following is an excerpt of proceedings.

Bell: I don’t want anybody that’s incompetent or negligent in my home…It was imperative that they have proper credentials because I was worried about getting in trouble with the city of Belleville.

Burford asked about her furnace.

Bell: I hear a boom sound whenever it comes on…I know that’s not how a furnace is supposed to sound, like it was about to blow up.

She said one day her daughter was getting mail and the mailman said he smelled gas. Bell said she called Ameren, and they told her to get everyone out of the house.

Bell: I was petrified…If you plug up too many things at one time, everything will shut down and I would have to go downstairs and flip the circuit breaker.

She said she couldn’t watch television and have the hair dryer on at the same time.

Burford asked if heat was working in her home, and Bell said no.

Bell: Ameren told me that they’re not going to allow turning my gas back on until the situation is rectified.

Burford: If you’d like to impeach my client with it, that’s different.

Clayborne: That’s what I’m getting ready to do, impeach her.

Clayborne told Bell she was asked to admit she stated to Johnson and Reginald Beard of the grants department that she didn’t want Johnson or his crew in the house. He told her she admitted the allegation due to the failure of Johnson and Beard to require permits and licenses.

Burford: This is not impeachment.

Clayborne: It is impeachment because she said that she did not let them in the house because she was afraid.

Clayborne asked Bell if he was correct,

Bell: How is that impeachment, because I didn’t put everything I felt?

Clayborne said she stated in a letter that she was afraid and didn’t trust Johnson.

Burford objected to Clayborne’s demeanor as argumentative and harassing.

Bell said she did, and he asked again.

Burford: Argumentative with the witness.

Clayborne: No, she’s arguing with me.

Clayborne said there were major inconsistencies with her response.

Bell: There’s not even inconsistencies, because I was afraid.

Burford said the arbitrator could decide for himself if there were inconsistencies.

Clayborne: I didn’t tell you how to put your case on.

Clayborne: When you get caught in lies, I understand.

Bell: I don’t have a reason to lie.

Clayborne asked if she contacted Johnson about her complaints.

Bell: It was a waste of time to contact him.

She said his answers were vague and some were inaccurate.

Burford told Clayborne he had no reason to stand over her client.

Bell: He can’t intimidate me.

Clayborne: I’m not intimidating you.

Johnson took the stand, and Burford asked if he was required to have a permit.

She reviewed the city’s list of violations, asking first if he put a separate vent pipe on the laundry box.

He said he didn’t recall.

By then, Chief Judge Andrew Gleeson had assigned Bell’s suit to Kolker.

For his first hearing, no one showed up but Bell.

Burford later moved to withdraw and Kolker granted it, leaving Wendler in charge.

In May 2017, Clayborne moved to withdraw as Johnson’s lawyer, stating that Johnson owed him $7,962.71. Kolker granted withdrawal and entered judgment.

From that time, the case saw little action until hearing this April 18 for all pending motions.

On that date, Bell appeared, Johnson didn’t, and Wendler sent an associate.

On April 27, Wendler contributed $500 to Kolker’s campaign for circuit judge.

On May 7, Bell requested that Kolker recuse himself.

She wrote that Kolker is a friend of Beach, “a third party that breached the contract he arbitrated, which is a conflict of interest within itself.

“My case has been delayed for more than a year without a reasonable explanation,” she wrote.

Kolker denied the request on May 8.

On May 9, Wendler moved to withdraw.

Kolker granted withdrawal on May 14, and wrote that the lien remained.

Wendler filed a lien notice on May 24, for a third of recovery plus $276 in costs.

For a hearing on June 25, Bell appeared and Johnson didn’t.

Kolker ordered Johnson to show up on Sept. 19, and bring financial records.

On that date, Kolker asked Johnson if he brought pay stubs and bank statements, tax returns, titles to autos, insurance policies, real estate deeds or property, to which Johnson responded he brought a 2016 return.

Kolker asked if Bell had questions, and she asked for Johnson’s monthly income, and he answered, “a thousand, fifteen hundred.”

She asked if he had insurance, and he said he didn’t bring it.

Kolker asked him to mail it to the court.

Kolker said, “You have the account numbers. You can serve a citation on the bank.”

Bell said, “I feel like he was supposed to bring bank statements. I feel this is a waste of my time. You understand what I’m saying?”

Kolker said, “I don’t dispute that. I have offered another way to get the information that might be a little more expedient…You may want to consult with an attorney who does collection stuff that might help you with it.”

He said she could serve a citation on the insurance company.

Bell said, “He wasn’t insured, didn’t have the coverage.”

A transcript of proceeding shows Jay Dowling of Clayborne’s firm attended the hearing, making him the only lawyer in a room with pro se parties.

The transcript shows no discussion of the payment arrangement Kolker approved between Johnson and the firm.

Clayborne is not seeking re-election this year. Kolker is seeking election to a circuit court seat.