EAST ST. LOUIS – Lawyers who settled a $10 billion racketeering claim against State Farm for $250 million seek about $90 million in fees and costs.

Robert J. Nelson of Lieff Cabraser in San Francisco petitioned for a third of the settlement on Oct. 16, and dropped a clue for the decision to settle the case as the trial began in September.

Describing the risk of appeals, he wrote that a Seventh Circuit judge dissented from an order denying leave to appeal. 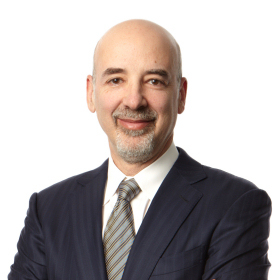 Sykes’s action “suggested that she may have voted to reverse this court and dismiss the case entirely for lack of jurisdiction,” Nelson wrote in the petition.

Sykes didn’t dissent in the sense of arguing an opposite view, but did state that she would have allowed an appeal.

Plaintiffs sued State Farm in 2012, to recover a $1 billion judgment that a class of policyholders won in Williamson County in 1999.

They claimed State Farm secured the election of current Supreme Court Chief Justice Lloyd Karmeier in 2004, in order to overturn the judgment.

They sought interest and triple damages under the Racketeering Influenced and Corrupt Organizations Act, or RICO.

They planned to call Karmeier to the stand at trial, but passed up the chance.

Nelson – along with attorneys from Clifford Law Office and Much Shelist in Chicago, Barrett Law Group in Lexington, Miss., Hausfeld and Thrash Law of Philadelphia, Pendley, Baudin & Coffin of Plaquemine, La., Gordon Ball of Knoxville, Tenn. and Law Offices of Richard Barrett in Oxford, Miss. – pleaded in the petition that the team deserves a third of the settlement for winning against long odds.

“The path to success in this case was long, steep, and narrow, and flanked by many precipitous cliffs, both factual and legal,” the petition states.

“Successful RICO class actions are rarer still. In sum, this lawsuit was always a long shot.”

Class counsel say they dedicated 55,303.1 hours to the litigation – or broken down – to 23.92 hours for every day the case was pending.

The petition quotes one of plaintiffs’ experts who wrote, “Class counsel have loaned the class tens of millions of dollars and risked losing every penny of it on the outcome of this case.”

District Judge David Herndon presides. He granted preliminary approval to the settlement on the day the case went to trial on Sept. 4. A final fairness hearing is set Dec. 13. Herndon also will be retiring.