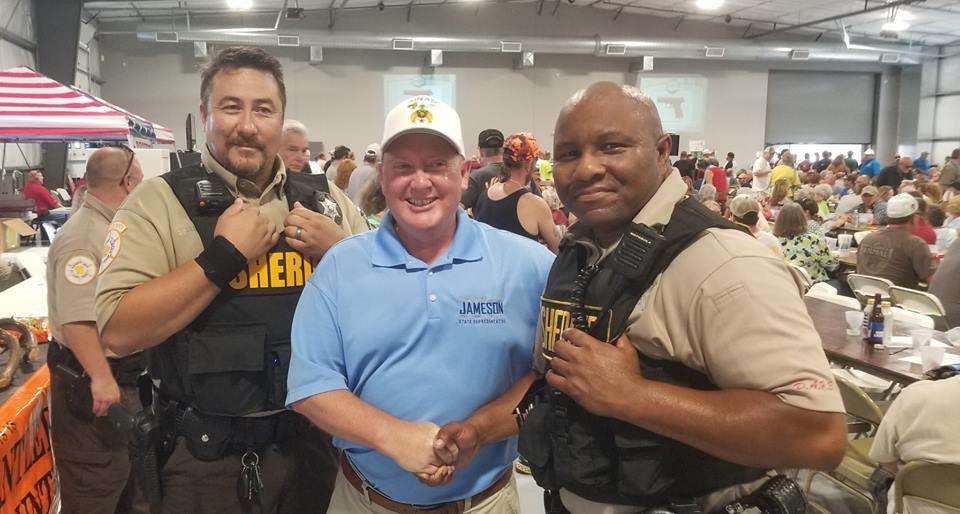 Republican candidate for the 113th District, Doug Jameson, has reacted angrily to attacks on him by his opponent, Democratic incumbent Jay Hoffman, over the Quincy veterans' home tragedy.

Jameson cited three direct mailers and several Facebook posts, which he said accused him of "standing by and doing nothing" in the face of the crisis that has left veterans and wives dead from Legionnaires' disease at the Illinois Veterans Home.

“Let me be crystal clear. Jay Hoffman is lying about my role in the tragic situation that took place in Quincy. Since I’ve never held elected office, I’ve never been in a position to take direct action in overseeing the Illinois Veterans Homes," said Jameson, who served in the Army, ending his career as a Major.

In one post, Hoffman referred to Gov. Bruce Rauner's administration's neglect of the veterans home, and claimed the governor made excuses and tried to blame others.

"Doug Jameson remains silent on Rauner’s inaction and still stands by Bruce Rauner’s side. Shameful," he added. The post includes a picture with the tagline: "Jameson + Rauner putting Illinois families at risk."

"The facts remain, Jay has been an elected representative for 22 years. He has failed to lead. He has failed Illinois’ veterans," Jameson countered in a statement, describing it as a "shameful attack" that reveals "disrespect...to the victims by politicizing this tragedy."

Jameson, a lifetime member of the VFW and the American Legion, was supported by Jeff Hastings, a recent past State Commander, Veterans of Foreign Wars.

“Doug Jameson was a vocal participant when a group of VFW members joined me in visiting the Quincy Veterans Home earlier this year to review conditions at the campus and the measures being considered to prevent further legionella infections," Hastings said in a statement.

"Doug strongly believes, as do all VFW members, that veterans deserve nothing less than the highest quality of care and protection from preventable diseases," Hastings added.

Doug personally engaged and lobbied multiple state senators, state representatives, the Quincy mayor and the site director to ensure Center for Disease Control recommendations were implemented and legislative focus and budget was directed to a permanent solution.

“What we are seeing in these attack ads is our elected representative blaming a constituent for not doing the job he was elected to do," Jameson said, adding that as a personal citizen he has lobbied state senators, representatives, the Quincy mayor and the home's director to ensure CDC recommendations were implemented and a permanent solution found.

“Having enlisted in the Army and having retired as a Major, I know firsthand the issues our veterans face.  In other words, I am a ‘Veteran with a Voice,' said Jameson.

"I would welcome the opportunity to debate veterans’ issues with my opponent at any VFW or American Legion Hall in the district. All Jay has to do is name the time and the place and I’ll be there!”