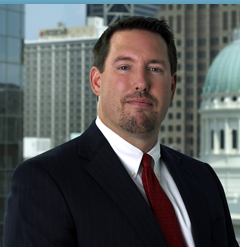 The defendant argues that the plaintiff’s complaint should be barred by the Tort Immunity Act, “in that plaintiff may not bring a cause of action for defendant’s alleged failure to provide police protection.”

Bi-State Development Agency argues that it is a public entity protected from liability for failure to establish a police department, in accordance with the Tort Immunity Act.

Plaintiff Marques Phillips filed the complaint on Jan. 8, alleging he was shot after getting off the defendant’s light rail car at the Emerson Park Station in East St. Louis at around 10 p.m. on Jan. 23, 2017. He claims he was attempting to take the only exit ramp at the station when he was prevented from leaving by a number of “ruffians” that would not allow him to pass.

As the “ruffians” took off from the “scrum,” a shot rang out and struck Phillips in the stomach, the suit states.

Phillips alleges that despite a previous shooting incident at the same station in November 2016, the defendant failed to provide security officers at the station to prevent passengers from being shot by “ruffians” known to spend time at the station.

As a result, Phillips claims he suffered gunshot wounds to his stomach, causing him to have permanent scarring and post-traumatic stress disorder.