Mendelsohn filed a lawsuit on May 15 against Thayer Morrison, Morrison’s Irish pub and Lisa Morrison.

He claims he was a patron at Morrison’s Irish Pub in Alton on May 17, 2016, when he fell due to uneven steps. 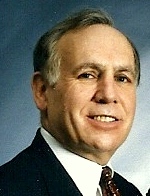 Mendelsohn alleges the defendants failed to realize the danger posed by the uneven steps, failed to make it safe and failed to warn patrons of the existence of the dangerous condition.

He claims he sustained extensive injuries to his right shoulder, arm and hand, requiring him to expend large sums of money in medical expenses.

Morrison’s Irish Pub answered the complaint on June 25 through attorney Stephen C. Christiansen of the Law Offices of Rouse and Cary in St. Louis.

The defendant denies liability and argues in its affirmative defenses that Mendelsohn’s own negligence was the sole proximate cause of any alleged injuries.

Following his retirement, Mendelsohn started his own mediation practice and later joined the Caffey Law Group in Godfrey, a plaintiff’s firm, which represents him in his trip and fall lawsuit.