SPRINGFIELD – Belleville attorney George Ripplinger was censured by the Illinois Supreme Court on May 24, about a year after appellate judges affirmed sanctions against him and client Vikki Henley of Metropolis.

His record as an attorney had been clean for 37 years until the Henley case, which he could not win even by breaking trial rules.

Censure doesn’t affect Ripplinger’s license, which he earned in 1970 as the Supreme Court considered his age, 72, as a mitigating factor. 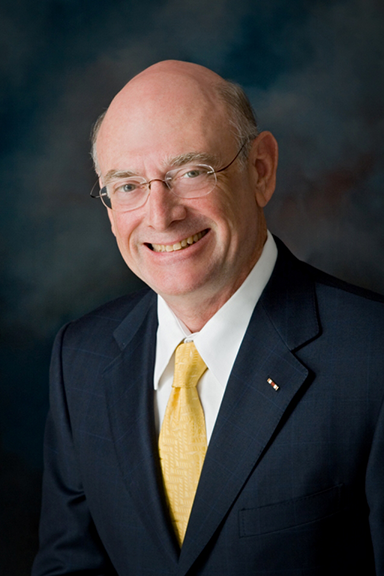 The Court found he acknowledged his misconduct and expressed regret.

Henley retained him in 2007, for a car crash suit in Massac County circuit court.

He replaced Kristi Schaaf of Paducah, Ky. who had filed the suit against the other driver and a property owner whose tree allegedly hid a stop sign.

Ripplinger filed a malpractice action against Schaaf, claiming she should have sued the city of Metropolis for failure to trim the tree.

By the time he sued, the statute of limitations for the city had run out.

Henley settled claims against the other driver and the tree owner, resolving the original suit.

At a first trial, Henley would have to prove to a jury that a claim against the city would have succeeded.

If she proved it, the jury would determine whether Schaaf was negligent.

Six weeks before trial, Leberman excluded testimony that the intersection was dangerous based on other accidents, absent a foundation that the other accidents involved obstruction of the sign.

A week before trial, Henley suffered injuries as a passenger in a Kentucky crash, and an ambulance took her to an emergency room.

Henley told Ripplinger about it between Aug. 13 and 15.

He advised her and her witnesses not to discuss it at trial.

She followed his advice, as did her husband, her son, and the driver in the Kentucky accident.

Henley asked to leave the courtroom at times because pain prevented her from sitting for long periods.

On the third day of trial, Ripplinger asked witness Sandra Farmer if anything about the intersection made it a subject of interest.

“There were several accidents that would happen at that intersection,” Farmer said.

Ripplinger told Leberman, “That’s the answer I was looking for.”

Leberman reminded him that he limited evidence of other accidents to those involving the sign.

Ripplinger turned and asked Farmer if there were often collisions at that corner.

Ripplinger asked witness Emily Farmer if she ever had a close call at the intersection, and defense counsel objected.

Leberman told Ripplinger to tailor the question to similar circumstances.

Ripplinger asked Emily Farmer, “In the two years prior to July the 22nd, 2006, did you have any kind of close call in that area?”

He told Ripplinger, “It seems to me you are attempting to get that information in, going around the court’s order.”

Ripplinger turned and asked Emily Farmer about a near miss, and Leberman stopped the proceedings.

He took counsel to chambers and told Ripplinger that neither witness said any of the accidents were in any way related to the tree.

Leberman said, “It is not allowable circumstantial evidence just to say the sheer number of accidents must be because of the tree.

“The jury is hearing about accidents, which is what you want. But by doing what you want, you are violating the court’s order.”

The next day, Ripplinger called weekly newspaper editor Clyde Wills, who heard the collision from his office.

Ripplinger asked him if there were frequent collisions at that corner at that time.

Ripplinger asked Wills if there were ever collisions attributable to the tree obstructing the sign.

Leberman stopped the proceedings and sent the jury out.

He questioned Wills, who said he had no personal knowledge of any collisions attributable to the tree.

The next day, Ripplinger asked police officer Corry if the report on the accident was used in preparing reports about dangerous intersections.

Leberman ruled it inadmissible because it implied the intersection was dangerous.

Later that day, outside the presence of the jury, Leberman said it was Ripplinger’s duty to inform witnesses that they were not to testify regarding the limited evidence.

On Aug. 30, 2012, jurors deadlocked and Leberman declared a mistrial.

He ordered mediation, and it failed.

In 2013, as the case proceeded, Ripplinger revealed the Kentucky accident and Henley’s subsequent medical care in a supplement to her interrogatory responses.

Leberman found the disclosure untimely and ruled that Schaaf could pursue discovery about the accident.

In 2014, Leberman sanctioned Ripplinger for all of Schaaf’s costs from the trial, the mediation, and the motion for sanctions.

Leberman wrote that the order wouldn’t be final until the court determined the amount.

He wrote that failure to notify Schaaf and the court of the accident was “one of the most egregious and contumacious acts witnessed by this court in 25 years of being a member of the bar.”

He wrote that for counsel to determine unilaterally and secretly that Henley’s injuries were not relevant was a willful act calculated to deny Schaaf a fair trial.

Then he recused himself, “to avoid the appearance of impropriety.”

Circuit Judge Mark Clarke of Marion, chief judge of the First Judicial Circuit at the time, assigned the second trial to himself.

“Counsel shall not pose questions to witnesses seeking to elicit hearsay testimony found to be inadmissible,” Clarke wrote.

He wrote that violation of his order might be punishable as contempt.

On May 1, Ripplinger asked Sandra Farmer if she or anyone in her family ever notified the city that there was a problem at the sign.

Ripplinger asked Farmer, “Had that problem with the tree blocking the view of the stop sign been a problem before this time?”

The next day, outside the presence of the jury, Clarke told Ripplinger his conduct was hurting his client.

He signed an order holding Ripplinger in direct criminal contempt for willful and deliberate defiance of court orders.

“Mr. Ripplinger has apparently lost sight of the fact that this is not a game, and the rights and interests of real people, including his client, are being adversely affected by his inability or refusal to abide by clear and direct orders of this court,” Clarke wrote.

He wrote that Ripplinger “impeded and interrupted this court’s proceedings, exposed the jury to inadmissible and prejudicial information, lessened the dignity of the court, and tended to bring the administration of justice into disrepute.”

On May 8, the jury deadlocked and Clarke declared a mistrial.

She claimed she was unable to work and would in the future be disabled.

Although she had stated in a deposition that she didn’t file suit over the Kentucky accident, Ripplinger did not file a supplement stating she filed one.

Schaaf learned of the suit in 2015, and moved for sanctions.

Clarke awarded her $1,500 in legal fees and expenses for preparing the motion.

He wrote that Ripplinger represented that he first heard of the Kentucky suit when he received Schaaf’s motion for sanctions.

He wrote that he accepted the representation but that “repeated violations require an appropriate response.”

For a third trial, in 2015, the parties agreed that Clarke should preside at his own courthouse in Williamson County.

Jurors rendered a verdict for Schaaf, finding the city would not have been held liable if Henley had filed a timely suit against it.

They found the other driver was the sole proximate cause of the collision, and that the sign was visible at the time.

Clarke entered judgment on the verdict.

Then he lifted the heavy sanction Leberman imposed before recusing himself.

Clarke found that an award of attorney fees and costs “is no longer necessary, in light of the adequacy of previously imposed and threatened sanctions in achieving the goal of a trial on its merits with the benefit of full discovery.”

For Henley, Ripplinger moved to set aside the verdict and set trial on damages.

Clarke denied the motion and assessed $1,742.05 in costs to Schaaf.

Ripplinger appealed the verdict, the denial of the motion to set it aside, and the sanctions, raising 10 issues for Henley and four for himself.

Justice Thomas Welch wrote, “Based on the facts presented to it, the trial court properly found that the city did not have actual notice of a defect.

“The mere existence of the tree was not a dangerous condition.

“We find no support in law for Henley’s proposition that by trimming the tree in the past, the city had a continuing duty to inspect the tree for potentially dangerous overgrowth.”

“When imposing sanctions, the trial court’s goal is to coerce compliance with discovery rules and orders, not to punish the dilatory party,” Welch wrote.

“However, when it becomes apparent that a party has willfully disregarded the court’s authority, and such disregard is likely to continue, that party’s interest in the lawsuit must bow to the interests of the opposing party.

“The intentional violations forced the defense to continuously object, placing them in a negative light before the jury.”

The Illinois Attorney Registration and Discipline Commission then petitioned for discipline, and Ripplinger agreed to accept censure.

He admitted that by failing to disclose the Kentucky accident, he engaged in conduct involving dishonesty, fraud, deceit, or misrepresentation.

He admitted that he obstructed access to evidence about the accident.

He admitted that at the first two trials, he disobeyed obligations under the rules of a tribunal.

He admitted that in questions to Farmer, Farmer, and Wills, he alluded to a matter he didn’t believe was relevant.

He admitted that by failing to disclose the accident and by asking improper questions, he engaged in conduct prejudicial to the administration of justice.