Nill sued Watts, partner Fernando Guerra, the Watts Guerra firm of San Antonio, and 14 other firms on April 24, seeking to void every contract.

The lawsuit identifies former Illinois Congressman Bill Enyart as a member of Watts Guerra, and alleges that Enyart misled growers. 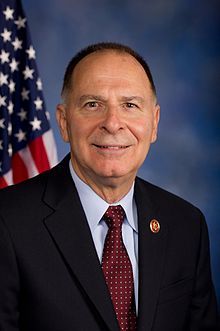 According to the suit, Watts is alleged to have secretly opted his 60,000 clients out of a federal class action against seed producer Syngenta, in order to receive 40 percent fees.

And, after criticizing class actions to his clients, Watts allegedly reached an agreement with class counsel but didn’t tell his clients about it.

Judges have not approved the settlements, which involve $1.5 billion.

Nill wrote that Watts misled judges through misrepresentations and omissions.

He wrote that U.S. district judge John Lungstrum of Kansas might exercise his authority to cap the contracts.

“However, the court will have to cap the contract at zero to prevent a situation where farmers are not assessed more fees and expenses than of the merits of those proceedings and what is in the best interest of farmers,” Nill wrote.

He wrote that growers were told again and again that a mass tort individual suit is better than a class action, because class actions recover only coupons for plaintiffs.

He attributed such a statement to Enyart, quoting the Champaign News-Gazette about a meeting in Champaign on Sept. 23, 2015.

The newspaper stated, “Additionally, the firm is filing suits in Minnesota, where Syngenta Seeds is located, as opposed to filing in a federal court.”

The newspaper stated, “Enyart said the advantage to this was that instead of getting a discount for seed corn in the future, as in a class action case, there would be a gross settlement fee and the firm would simply send the farmer a check.”

“The statement is misleading and a fraud of omission,” Nill wrote.

Enyart’s registration shows his place of business at Eckert Enyart, in Belleville.