MOUNT VERNON – In a mass action case under seal at St. Clair County Circuit Court, judges Andrew Gleeson and Vincent Lopinot approved settlement of 11,256 pollution claims against Monsanto without reading the agreements behind it, according to Fifth District appellate judges.

The appellate panel vacated the settlement on April 18 and told the judges to consider whether plaintiffs received enough information to make informed choices.

“The settling parties did not offer even an estimated amount of the final settlement or any basis for the settlement proposed,” Justice Judy Cates wrote. 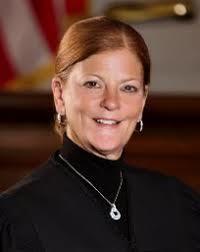 “The total lack of information casts a shadow on the legal validity of the settlement itself.”

On the last page of a 45-page opinion, Cates wrote that the case was "difficult" and the panel's comments should not be viewed as "a rebuke of the trial court’s action," rather, the "nature of the case and the circumstances of the settlement were complex, and there was little precedent to provide guidance."

However, the first 44 pages of the opinion expressed stern disapproval of the court's actions.

Cates directed Gleeson and Lopinot to require production of a trust agreement that appointed plaintiff counsel as trustees.

“In the absence of a trust agreement, the trial court could not possibly know how the plaintiffs’ attorneys, as trustees, were going to allocate the additional funds, if any, among the individual plaintiffs and claimants whom they represented,” Cates wrote.

According to the ruling, Monsanto paid more than $10 million into a settlement fund. The settlement agreement provided $600 to some plaintiffs, but provided nothing but possible future payments to others. An additional $500 payment would go to those randomly selected to provide blood samples, but anyone who failed to participate after being randomly selected – unless given a doctor’s excuse - would forfeit the right to participate in distribution of funds beyond the base payment of $600.

Beginning in 2010, the case was tolled while the parties mediated. Monsanto agreed to settle a first wave of litigation in 2014, but Cerro did not. Later that year, more than 10,000 plaintiffs filed another 111 suits against Cerro.

In 2015, plaintiffs from the earlier suits told the court they settled with Monsanto and resolved more than 11,000 claims.

“They unequivocally stated that this was not a motion for a finding of good faith or a request for an order approving the settlement,” Cates wrote. “They noted that the exact amount of compensation that each individual would receive had not yet been determined and the exact distribution of settlement funds for compensation, and for subrogation or reimbursement, could not yet be finalized.

“The plaintiffs vowed that after all settlement money had been allocated, the trustees, with the assistance of the fund administrator, would jointly prepare an accounting detailing all distributions from the qualified settlement fund, and that this accounting would be available to the court upon request.”

In 2016, plaintiffs in the 2009 cases moved for a finding that they and Monsanto settled in good faith.

They asserted that they received certain moneys and might in the future receive additional moneys. They asked the court to discharge any potential liability of Monsanto to Cerro and to bar any and all contribution claims Cerro might assert against Monsanto.

They moved to seal the settlement and all releases that plaintiffs had signed.

At a hearing before Gleeson and Lopinot, counsel for Cerro moved to continue the motion so he could review the settlement.

Counsel for Monsanto said it paid more than $10 million into the fund, that Lexco distributed money, and that more than 10,000 plaintiffs signed releases.

Counsel for Cerro said, “We don’t even know what the individual claimants are getting right now.”

At that point in the proceedings, the judges conferred off the record. Back on the record, Gleeson announced a finding of good faith and discharged all contribution claims.

He said the parties had known the settlement concept for quite some time.

“Both judge Lopinot and I believe that this settlement is in good faith, that the parties have had a reasonable time to contemplate what the settlement meant to each side,” Gleeson said.

He sealed the releases and the transcript of the hearing.

Cerro filed a third party contribution complaint, claiming the court should find Monsanto liable in an amount commensurate with its degree of culpability.

Plaintiffs moved for a good faith finding in the 2014 cases, and Cerro opposed it.

“Cerro claimed that the settlement agreement was deficient in that it did not identify the total amount of the settlement or allocate the settlement dollars among the respective claimants and their claims,” Cates wrote.

At a hearing, plaintiffs’ counsel – not identified by name in the court opinion – referred to an exhibit and said the court hadn’t been provided with it or any other exhibit referenced in the settlement.

Counsel said Monsanto would deposit a fixed sum in a fund for the deceased, a fund for property owners, and a fund for living participants. He said 600 plaintiffs were randomly chosen for blood tests.

“They live within a six-mile radius of Sauget plants of Cerro and Monsanto, so they’ve got that smell in their nose every day,” he said.

He said every plaintiff received $600 when they signed releases.

Again, Gleeson and Lopinot conferred off the record.

Lopinot then said that plaintiffs received some compensation and that there was a framework for additional compensation.

“I suppose that the appellate court could give us some indication with regard to allocation,” he said.

He and Gleeson discharged Monsanto’s potential liability to Cerro, and they barred contribution claims against Monsanto.

“The trust agreement is not in the record on appeal, and there is no indication it was ever presented to the trial court for review,” Cates wrote.

She wrote that the $10 million fund would satisfy claims of living participants but not claims of deceased plaintiffs or claims of property damage.

Cates wrote that the settling parties didn’t explain how they arrived at the base payment of $600, or why they treated all living plaintiffs identically; they didn’t explain why families of deceased plaintiffs were excluded from this payment.

She wrote that plaintiffs’ counsel didn’t provide an assessment of the potential value of the claims, and didn’t discuss the liability of the defendants.

She wrote that plaintiffs’ counsel provided the court with the settlement agreement, and she found “no indication that the court reviewed any of the document prior to issuing a finding of good faith in those cases.”

Cates found no indication that the trust agreement was available to the court.

She wrote that the court found the parties knew a concept of the settlement.

“A concept is a defined as a thought or notion, a general or abstract idea, or a theoretical construct,” she wrote.

“Under these circumstances, the court had a duty to scrutinize the settlement agreement and to inquire about its terms.”

She wrote that questions about informed consent and adequacy of representation cast doubt on the legal validity and good faith of the settlement.

“Unlike class action settlements, there are no statutory provisions requiring the circuit court to evaluate and approve aggregate settlements of procedurally joined claims,” she wrote.

“There are, however, rules of professional responsibility that govern the negotiation of aggregate settlements.”

She wrote that a litigant should not be bound by an aggregate settlement unless he has been informed of all its material terms and agrees to them. She wrote that she didn’t know if the court considered whether the settlement complied with the rules of professional conduct.

“The record is silent on this matter,” she wrote.

Regarding the conceptual framework, Cates wrote that it presented potential conflicts of interest between plaintiffs and attorneys and among plaintiffs.

“There are many unanswered questions about whether the plaintiffs’ attorneys provided adequate information so that each of their clients could make an informed decision about whether to accept the settlement,” she wrote.

She wrote that the agreement covered the 2009 cases and claims of individuals who had not yet filed suits.

“Thus, it would be important to know whether these claimants were represented by counsel at the time the settlement agreement was executed, as plaintiffs’ counsel could not settle claims for individuals whom they did not then represent,” she wrote.

The opening paragraph of the release provided that its nature, structure, and terms were fully disclosed.

“However, a careful reading of the release casts doubt on this representation,” Cates wrote.

She found no indication that each plaintiff waived any conflicts created by the joinder of thousands of claimants. She wrote that there was no inquiry into the status of individuals who declined to participate in the settlement.

“Thus, there are unanswered questions regarding whether plaintiffs’ counsel would continue to zealously represent the individual interests of those clients who had refused to participate in the settlement,” she wrote.

It was incumbent on the court to review the release for compliance with basic notions of due process, fundamental process, and ethical conduct, she wrote.

“The tiny font, coupled with the lack of space between paragraphs, made the release almost impossible to read,” she wrote.

“There is also the matter of the attorney fees,” she wrote.

“Plaintiffs’ counsel did not discuss the fee arrangements during the good faith hearings, and the information is not provided in the release.”

She found scrutiny of fees and costs particularly appropriate in this case.

“There is no indication that that the trial court reviewed the settlement agreement, or had any information justifying the allocation of the settlement fund among the plaintiffs, based upon their various theories of recovery.”

She wrote that the settling parties didn’t offer any basis for the settlement, outline their positions, or discuss the likelihood of success at trial.

“After four years of mediation, this basic information should have been readily available,” she wrote. “Settlements do not occur in a vacuum.”

It identified Thomas Ysursa of Belleville as counsel for Cerro, along with Mark Kircher of Milwaukee and Chicago lawyers Stephen Agin, Lindsey Millman, E. King Poor IV, and Anthony Steinike.