In the most recent judgment linked to the legacy of widespread contamination at and surrounding two industrial sites in St. Clair County, an appeals court has ruled in favor of a trucking company accused of contributing to the pollution, and against its insurer.

The latest decision, by the Fifth District Appellate Court, centers on claims by commercial trucking company Rogers Cartage that its insurers, Travelers Indemnity Co. and Travelers Property Casualty Co. of America, had a duty to cover some of the costs of another underlying action.

Legal actions so far have largely been taken against three companies, a copper tube manufacturer and two organizations once owned by Monsanto. 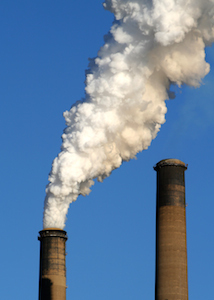 Those former Monsanto companies, Pharmacia and Solutia, are seeking payments from nearly 250 businesses that may have contributed waste to the site, according to a report in the St. Louis Post-Dispatch.

In addition, thousands have joined class and mass actions or are suing as individuals over claims that they or deceased loved ones suffered serious medical conditions as a result of decades of contamination to the water and air around the industrial sites at Sauget and the nearby town of Cahokia.

Although residents and town leaders did not respond to requests for comment, past reports reveal the extent of contamination those living near the industrial site believe was directly related to the workings of the factories in the area.

Former Cahokia Fire Chief Hershal Riddle once told the Chicago Tribune about the Dead Creek -- which runs for seven miles through Sauget and Cahokia -- glowing at night.

“You’d see a blue glow, like the bottom of a flame on a stove," Riddle told the Tribune in a report published in 1988, shortly after companies across the United States were ordered to report the amount of toxic chemicals pumped into the air under legislation passed in 1986.

Monsanto Chemical Co. reported that it pumped 3.8 million pounds of toxic chemicals into the air at its Sauget plant during 1987, according to the Tribune report.

It has emerged in multiple court hearings since, including one taken by the Environmental Protection Agency on behalf of the U.S. government, that there were other avenues of contamination, including by groundwater.

In other reports, residents described seeing a healthy dog running through Dead Creek, climbing onto the opposite bank and dropping dead. And when the creek is dry, the residents would say, rings of smoke could be seen rising from its bed.

The Sauget area is a Superfund site, those identified as so contaminated that remediation work is seen as vital. The cost of the clean up is shared between companies and taxpayers.

In Sauget, efforts are focused on two separate areas. Although parts of both have been cleaned up, environmental risks remain and long-term cleanup is ongoing, according to the latest EPA report on the area.

This includes waste treatment and disposal of contaminated soil and groundwater that includes polychlorinated biphenyls (PCBs), pesticides and metals. Close to 50,000 cubic yards of contaminated sediment from Dead Creek have been removed, according to the EPA.

It is estimated the costs of remediation alone are now approaching $50 million, with more money certain to be spent. Work has been ongoing for close to two decades.

The recent decision published by the Fifth District earlier this month reveals the tangled nature of the legal wrangling spawned by operations at the site.

Rogers Cartage, the trucking company, hauled toxic and hazardous waste to two sites, first in Cahokia, then in Sauget.

It was one of the companies sued by the government over the costs of the environmental response in connection with the two sites. But the government failed to prove its case, according to court documents, which led to a federal district court dismissing claims by others, including Pharmacia and Solutia, against Rogers.

But a U.S. Supreme Court decision in 2007 changed the playing field dramatically for those two main players, Pharmacia and Solutia, and their ability to chase down other companies for the costs of Superfund site cleanups.

It related to the interpretation of the Comprehensive Environmental Response, Compensation, and Liability Act of 1980 (CERCLA). The Supreme Court found that a defendant in a Superfund site action can file a cross-claim against a fellow defendant.

And both Pharmacia and Solutia did so, arguing Rogers' "handling of toxic materials, disposal of clean up waste and deposit of those waste in pools was the cause of the toxic environmental situations in Sauget and Cahokia."

That ultimately resulted in a $7.5 million settlement, but with Rogers only paying $50,000 out of pocket, while giving the claimants the right to proceed against Travelers for the remaining money. That settlement, however, was without the consent of the insurance company.

Rogers then sued Travelers for attorney fees and other costs and won a $2.6 million judgment, with an additional $60,000 penalty levied on the insurance company, which appealed.

Cates' dissent was based on the fact that both Travelers and Rogers were represented by the same attorney at points, and that the attorney failed to properly inform Travelers on the details of settlement negotiations at crucial times during the action.

That particular action appears now over, barring a filing of a request for a review by the Illinois Supreme Court, and one of the main suits by residents appears also to have been settled.

The suit, Anderson et al. v. Cerra Flow Products, the copper tube manufacturer, Pharmacia and Solutia, among others, was first filed in the St. Clair County Circuit Court in 2009.

There was a stay on any action until 2014, during which settlement negotiations were ongoing. According to court filings, this case is closed as of mid-2016.