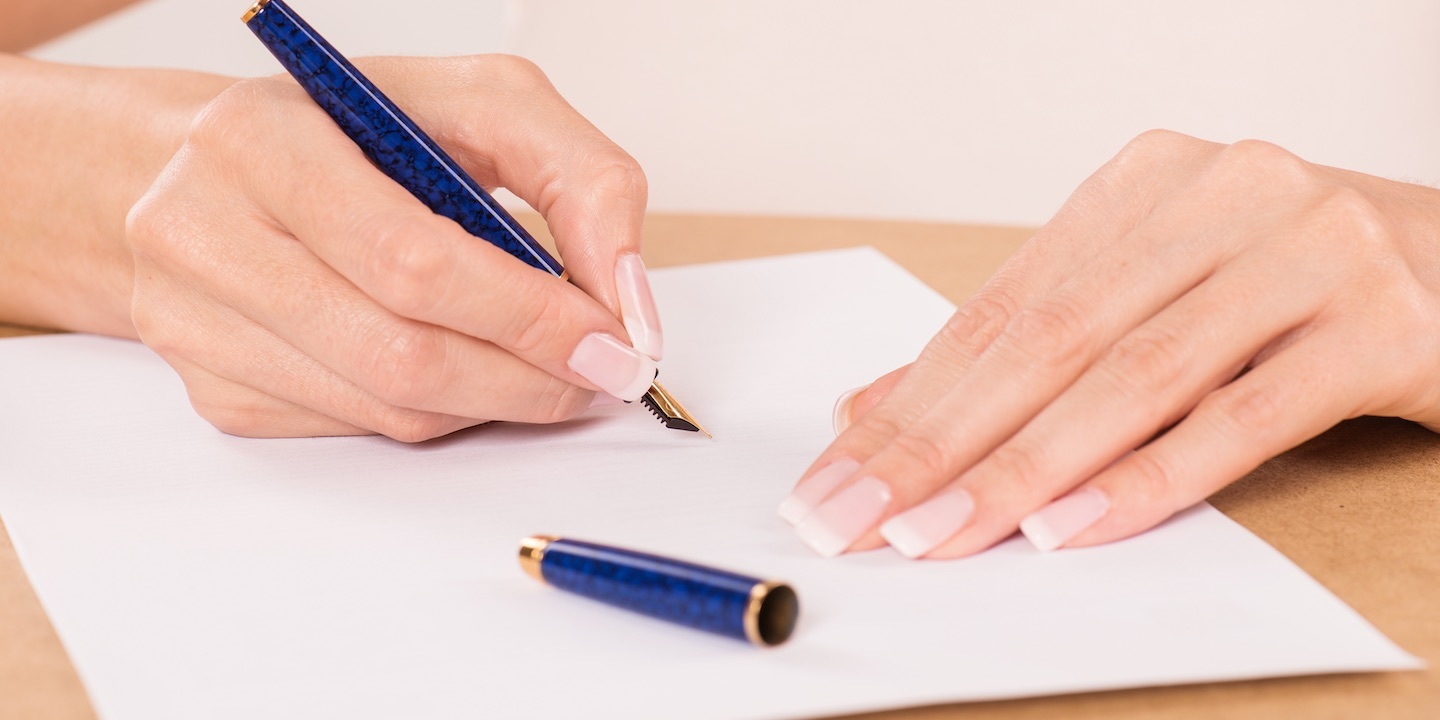 The Ray Baum's Act of 2018 included the Mobile Now Act passed in the federal omnibus bill and signed by President Trump on March 23.

The purpose of these bills is to further the wireless industry’s goal of streamlining 5G on a federal level. In Illinois, SB 1451 “Small Wireless Facilities Deployment Act” (with a similar wireless industry goal) was passed by the General Assembly and sent to the Governor in February. It is imperative that Governor Rauner veto SB 1451.

How 5G will affect you and your community

The impact of Fifth Generation (5G) small cell wireless facility bills becoming law will mean: it does not matter who you are, how affluent you are, where you live, or who you know in "high places," a cell tower can soon be looming in your front yard. And down the block another unlucky neighbor will most likely have one as well. Any ability to have a voice to say “not in my front yard” will have been stripped away from you, your neighbor, and your local government.

The 5G bills, written by the wireless trade organization CTIA to facilitate expansion of the Internet of Things (IoT), have been aggressively pushed through congress and the Illinois General Assembly without consideration for the health impact on you, your family, or future generations. Environmental and historic review has been deliberately ignored. Cyber security has been intentionally downplayed. All these tactics are in an effort by the wireless industry to streamline 5G implementation and assure that no local government, community, individual or business can prevent the placement of a “small cell” tower in front of any home or business.

The Nation did an investigation into the role the wireless industry played in the disinformation campaign to prove that cell phones were safe and how it impacts the 5G rollout. The article details “the wireless industry’s determination to bring about the IoT despite the massive increase in radiation exposure this would unleash, raising the stakes exponentially. Because 5G radiation can only travel short distances, antennas will have to be installed approximately every 250 feet to ensure connectivity. "'Industry is going to need hundreds of thousands, maybe millions, of new antenna sites in the United States alone. People will be bathed in a smog of radiation 24/7’, states Joel Moskowitz, UC Berkeley researcher.”

In an article, “Handcuffing Cities to Help Telecom Giants,” Susan Crawford, law professor at Harvard University, states ”Under the cloak of preparing for a new technology, those 5G bills are designed to lock in monopolies and privatize rights-of-way.”

Another compelling article, “A 5G Wireless Future: Will it give us a Smart Nation or contribute to an Unhealthy One?” Dr. Cindy Russell, V. P. of Community Health at Santa Clara County Medical Association, writes, “While 5G may give us instantaneous ‘immersive entertainment’, it will come at the expense of public health and safety. Will the adoption of this new 5G technology harm directly or indirectly the consumers and businesses it hopes to attract?

Deep concerns exist among scientists studying the health effects of 5G and wireless radiation. There are calls for a halt to the roll out of 5G because of the increased radio frequency microwave radiation exposure that would occur.

In a letter to Governor Jerry Brown regarding a California 5G bill, Beatrice Golomb, MD, Ph.D, UCSD School of Medicine, writes “I urge in the strongest terms that you vigorously oppose this bill. If it passes, many people will suffer greatly, and needlessly. Every new roll-out of technology, for which exposure is obligatory, swells the ranks of those who develop serious problems from electromagnetic radiation.

Breaking on April 1: A New York State budget committee passed without the change to a general municipal law that would have gutted local planning and zoning autonomy over “small cell” towers. A Georgia bill to do something similar was voted down, and Maryland recently tabled its bill.

Michigan Sen. Patrick Colbeck, an aerospace engineer, opposing 5G networks, also did his research and made the following statements:

The scientific literature has an abundance of evidence of non-thermal cellular damage from non-ionizing wireless radiation. There are likely several mechanisms both direct and indirect; oxidative damage is one that has been studied extensively. Effects have been demonstrated on cell membranes causing a shift in the voltage gated calcium channels. Sperm studies have found genotoxic morphologic and motility abnormalities in the presence of cell phone radiation. DNA damage, melatonin reduction, nerve cell damage, mitochondrial disruption and memory disturbances have been revealed. The BioInitiative Report has chronicled these effects and a growing wave of peer-reviewed studies is building on that base.

Findings of the National Toxicology Program (NTP) and other world scientists

“5G would greatly extend FCC’s current policy of the mandatory irradiation of the public without adequate prior study of the potential health impact and an assurance of safety”, writes Dr. Ronald Powell, Ph.D, Harvard University, U.S. government scientist. His statements opposing 5G:

The term "millimeter waves" (MMW) refers to extremely high-frequency electromagnetic radiation. Millimeter waves used in 5G affect the surface of the skin and the eye. These waves also affect plants and small life forms. Surface effects can be quite substantial on an organism. Stimulation of skin receptors can affect nerve signaling, causing a whole body response with physiological effects on heart rate, heart rhythm, and the immune system.

Arthur Firstenberg, a scientist and journalist, writes in “Blankets to Bullets: "The most important fact about 5G is called 'phased array.' It will totally change the way cell towers and cell phones are constructed and will transform the blanket of radiation which has enveloped our world into a million powerful beams whizzing by us constantly. 5G is going to be at a much higher frequency range, which means the antennas will work together in a phased array, and will concentrate their energy in narrow, steerable, high power beams. The arrays will track each other so a beam from a smartphone is going to be aimed directly at the cell tower, and a beam from the cell tower is going to be aimed directly at you. When you walk between someone’s phone and the cell tower, both beams will go right through your body. The beam from the tower will hit you even if you are standing near someone who is on a smartphone. If you are in a crowd, multiple beams will overlap and be unavoidable. When you are the only person in your area using a phone, such as late at night, most of the radiation from the cell tower will be aimed at you."

Deep penetration into the body

Arthur Firstenberg continues: “Phased array antennas penetrate much deeper into the human body than we have been led to believe. FCC’s exposure limits, which are based on thermal effects, will not apply. When an ordinary electromagnetic field enters the body, it causes charges to move and currents to flow. When [5G] extremely short electromagnetic pulses enter the body, the moving charges themselves become little antennas that re-radiate the electromagnetic field and send it deeper into the body. These re-radiated waves are called Brillouin precursors. They become significant when either the power or the phase of the waves changes rapidly. 5G will do both. This means that the reassurance we are being given—that these millimeter waves are too short to penetrate far into the body—is not true.

ADS is a directed-energy weapon developed by the U.S. military designed for crowd dispersal. The weapon works by firing a high-powered beam of 95 GHz millimeter waves at a target. Like all focused energy, the beam will irradiate all matter in the targeted area. Anyone incapable of leaving the target area (physically handicapped, infants, etc.) would continue to receive radiation until the beam is turned off.

5G also uses millimeter waves. The FCC has sold frequencies through 90 GHz to be used in “small cell” antennas on lamp posts and poles near homes, schools, and businesses. Although carriers will most likely be using a frequency less than the ADS 95 GHz, the beam will be constant and never turned off.

Frank Clegg, CEO of Canadians for Safe Technology, writes “crowd dispersal guns called Active Denial Systems [are] exploiting the fact that sweat ducts may act as antennae for millimeter wavelength radiation that can cause point heating and pain.” Frank Clegg, while serving as president of Microsoft Canada, said “I have been in technology all of my life and no one has ever been able to say it is safe.”