After a St. Clair County jury awarded a mother and her daughter $3.75 million following the third trial attempt in a medical malpractice suit alleging hypoxia and fetal depression during birth, the parties announced that they had reached a post-trial settlement.

Defendants Heidi A. Gage, M.D., and Ferdinand J. Mueller, LTD., filed a motion to vacate the judgment on Feb. 28 due to settlement through attorney Timothy Richards of Neville Richards & Wuller LLC in Belleville. 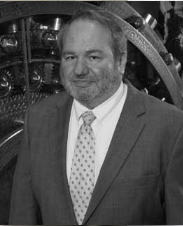 Plaintiff Dawn Dillon, individually and on behalf of Venessa A. Dillon, was represented by Colleen Jones and Leah Captain of Cook Ysursa Bartholomew Brauer & Shevlin LTD in Belleville..

The six-count complaint was filed on Oct. 29, 2002, alleging the defendants were negligent in their delivery of Dawn Dillon’s daughter, Venessa Dillon.

Dawn Dillon alleged Venessa Dillon experienced birth hypoxia and respiratory depression around the time of her birth on Nov. 26, 2001. Her care and treatment at Children’s Hospital following her birth, including physical therapy, occupational therapy and speech therapy, were likely related to the perinatal event, the suit states.

Dawn Dillon claimed the defendants failed to deliver the baby when they knew or should have known that the baby was experiencing distress as evidenced by the fetal heart monitoring and failed to go over the chain of command to the charge nurse and chief of staff to try to intervene on behalf of the baby.

According to the plaintiff’s trial memorandum, the parties agreed that as a result of birth hypoxia and fetal depression, Venessa Dillon suffered permanent hearing loss, including the need for all of its related care, surgeries and therapies.

However, the defendants had denied they were negligent.

The case proceeded to trial for the first time on Feb. 2, 2015, in Circuit Judge Vincent Lopinot’s court.

On the first day of evidence, Lopinot declared a mistrial after the plaintiff elicited testimony from Gage that she did not confront “Nurse Thurlow” about her negligent care during the labor and delivery because Gage knew that the hospital had addressed the issued in her peer review.

The case went to trial for a second time in June 2017 in Associate Judge Chris Kolker’s court. The four-day trial ended when jurors awarded the plaintiffs $300,000.

During trial, the defendants moved for a mistrial three separate times. Kolker denied each motion.

Richards filed a motion for a directed verdict at the close of all evidence on behalf of Gage and Mueller. He argued that there was no prima facie case made by the plaintiffs establishing the standard of care applicable for Gage, a deviation from the standard of care or that any act or omission of the defendant caused any harm or condition of ill-being to the plaintiffs.

“That all of the evidence taken with its intendments most favorable to plaintiffs establishes that the sole proximate cause of plaintiffs’ alleged condition of ill-being is not the result of the conduct of defendants,” the motion stated.

Kolker denied the motion before closing arguments were heard.

During deliberations, the jurors asked how much the plaintiffs had received in previous settlements. The court instructed the jury that there was no evidence of a prior settlement.

However, Thurlow had settled her case with the plaintiffs for $1.25 million.

After reaching a deadlock, the jury was instructed to continue its deliberations. They eventually returned a verdict for $300,000, awarding the plaintiff nothing for past and future medical expenses.

The plaintiffs filed a post-trial motion for a new trial on damages only, arguing that the jury’s verdict regarding medical expenses was “palpably inadequate” because “the jury awarded absolutely nothing for medical expenses when there was clear evidence of nearly $900,000 in medical expenses, along with awarding only $100,000 each for loss of a normal life, pain and suffering, and emotional distress to a young lady who has been dear since birth and will be deaf for the remainder of her life.”

In their opposition, the defendants requested an additur in the amount of the stipulated past and future medical expenses and a set-off of the $1.25 million settlement.

Kolker held that “the jury got damages wrong” and granted the plaintiffs’ motion for a new trial on damages only.

The third trial was held in December 2017.

The plaintiffs were awarded $3.75 million, which was later reduced to $2.5 million after Kolker granted a set-off for the prior settlement.

However, the defendants later filed a post-trial motion to vacate the $3.75 million verdict and reinstate the $300,000 verdict. They argued that the new verdict was “excessive” and was the result of “passion and prejudice.”

The defendants argued that the third trial was on damages only, but the plaintiffs and the court repeatedly advised the jury that a previous jury had found that Gage was negligent and that Venessa Dillon’s hearing loss was Gage’s fault.

“That Dr. Gage was found negligent was and is irrelevant to a damages-only trial,” the motion stated.

The defendants also argue that Kolker erred in substituting his judgment for that of the jury and granting a new trial on damages only as the jury’s prior award was not palpably inadequate or against the manifest weight of the evidence.

“The amount of damages to be assessed is peculiarly a question of fact for the jury to determine. Courts should be reluctant to interfere with the jury’s decision, which must be afforded great weight.

“As a general rule, a new trial in a personal injury action will not be granted on the ground that the damages awarded by the jury are too small,” the motion stated.

“The very nature of personal injury cases makes it impossible to establish a precise formula to determine the propriety of a particular award.

“Judges are not free to reweigh the evidence simply because they may have arrived at a different verdict than the jury. The trial judge has no right to interpose his judgment for that of the jury on the adequacy of damages, unless that judgment is unreasonable, arbitrary and unsupported by the evidence,” the motion continued.

The defendants argued that the plaintiff made no argument that passion or prejudice impacted the verdict.

“Rather, the Court favored its own assessment – that the jury got damages ‘wrong’ – over the verdict of the twelve jurors and ordered a new trial on damages. This was an abuse of discretion under Illinois law and cannot stand,” the motion stated.

The defendants argued that the prior verdict was fair and adequate because Venessa Dillon has normal speech and communication skills, excels academically and is an honor roll student, participates in sports, enjoys social and recreational activities, maintains close family and friend relationships, and is a hard-working, high-achieving young woman with future plans to attend college and become an audiologist.