Belleville resident Lillian Schneider fears the worse when it comes to the road surface repair project the city has now embarked on using taxpayer money.

“I’m afraid this may be a waste of taxpayer money and the project may have to be redone,” she told the Record. “From what I can tell, there’s too much rock and not enough oil being put down.”

Schneider, a former city alderman, said Belleville officials started working on the project back in September and right away she had concerns. 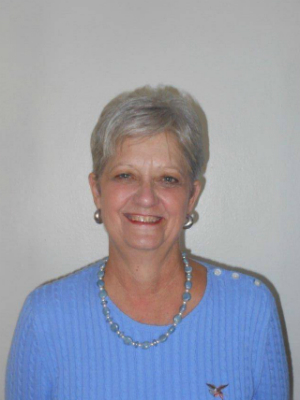 “I waited up until recently to speak out,” she said. “By then, I figured they had had enough time to get things under control.”

As best she can tell, Schneider said only after she went public with her criticisms did workers seem to have made a greater push to clean things up.

“They seem to be trying a little harder now, trying to get everything swept up,” she said.

Schneider most recently served as an independent alderman-at-large from 2011 to 2015. She has long been an advocate for “safe and sustainable neighborhoods” and during a 2017 run for office, she identified infrastructure and the city’s “deplorable roads” as one of its most-pressing issues.

The 61-year-old Schneider also made committing to the will of voters an essential element of her 2017 platform.

She also has been a staunch critic of tax and spend policies of the city.

Schneider was particularly critical of city officials who decided to make a temporary quarter percent sales tax permanent last September, a special tax enacted in 2012 that was supposed to have sunset last December.

"Belleville already has the highest sales taxes of anywhere around the area, from 8.1 percent to 9.1 percent in special districts to pay for development costs of shopping centers," she stated in the Record last October.

She expressed frustration that while city leaders advocated making the temporary quarter cent sales tax permanent because taxes in general that support city services, from sales, use and income had been down, the mayor, clerk and treasurer all got pay raises last year.

Want to get notified whenever we write about City of Belleville ?

Sign-up Next time we write about City of Belleville, we'll email you a link to the story. You may edit your settings or unsubscribe at any time.