PEORIA – The Lawyers' Assistance Program (LAP) is slated to hold its annual Joseph R. Bartylak Dinner at The Waterhouse in Peoria on Thursday, April 5, with this year’s event featuring the Honorable Judge Lisa Wilson as keynote speaker.

Founded nearly four decades ago in 1980, LAP prides itself on aiding colleagues impaired or hampered by substance abuse or other mental health issues. Headquartered in downtown Chicago, the group has now expanded to include four satellite offices, all of them staffed with peer support volunteers dedicated to serving and advising attorneys, judges and law students in their quests to achieve and maintain balance and well-being. 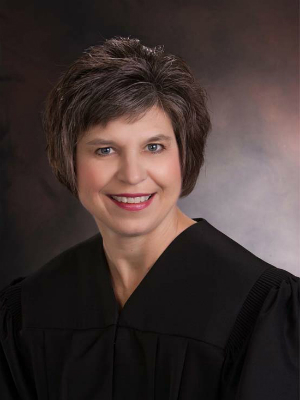 Sandoval added peer support is offered for many different life situations, including a new parent returning back to work after maternity/paternity leave, a new law student adapting to the competitive nature of law school, job transitions/retirement, someone new to recovery and the social and political struggles of a new judge to the bench.

“Our PSVs are there to listen, support the client and show that they are not alone in those struggles by example,” Sandoval said.

Renowned as a “force for change” according to the LAP, Wilson is known for bringing a new approach to dealing with the defendants put before her, including creating four criminal problem solving courts in Peoria County. She was appointed an associate judge in the 10th Judicial Circuit in December of 2009 and now presides over Peoria County's DUI Court as well as the four criminal Problem Solving courts she created in the county that include the Mental Health Court, Veterans Court, Drug Court and DUI Court.

Over the years, Wilson has also served on the boards of several nonprofits, most notably Habitat for Humanity of the Greater Peoria Area, Counseling and Family Services, Peoria Area Civic Chorale and the Mental Health Association.

Among her many awards and honors are the Prairie State Legal Services Excellence Award in 1995; 40 Leaders Under 40 Award in 2000; the WEEK 25 Women in Leadership Award in 2004; the Illinois Legal Aid Online Legal Advocate of the Month in March 2009; the 2011 Pekin YWCA Outstanding Achievement Professions Award; and the 2016 Business/Professions Award at the Women to Women Leader Luncheon sponsored by the Women's Fund of the Community Foundation of Central Illinois.

Other distinctions include having served as a faculty member for the Illinois Judicial Educational Conference in 2012 and 2016 and having served as faculty at New Judges School over the last six years.

To learn more about the April 5 dinner, including registration, visit https://2018bartylakdinner.eventbrite.com.