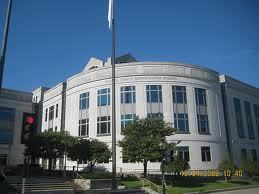 SPRINGFIELD – A longtime Madison County public servant is set to be recognized by the Illinois Department of Aging with induction into the Senior Illinoisans Hall of Fame.

Helen Hawkins, 87, of Granite City, was nominated by State Sen. Bill Haine, D-Alton, for the honor which recognizes a few select seniors for their outstanding dedication and service to the community.

Among Hawkins’ list of achievements during her public service career was her opposition to developments in the American Bottoms wastewater treatment facility.

“Helen Hawkins has always been an outstanding citizen and consistently goes above and beyond the call of duty,” Haine said in a press release. “While she has been committed to our area for several decades, her work serving the communities in the American Bottoms during the chronic flooding has been especially exemplary and we will forever be thankful for her service.”

Hawkins said it is an honor that she never dreamed would be bestowed upon her.

“I was surprised when I got this,” she told the Record. “I really was just doing what a good Christian person would do.”

Hawkins shares the honor with her family.

“To tell you the truth, I am proud,” she said. “It means the world not only to me, but to my children, grandchildren and great-grandchildren.”

Hawkins will receive her honor with induction into the Hall of Fame at a ceremony to be held at 9 a.m., Feb. 7 in the county board room at the Madison County Administrative Building, 157 N. Main St., Edwardsville.

“I really am looking forward to that day,” she said, adding that her daughter will be in attendance, while her son will not be able to make it due to work commitments.

Hawkins has been a fixture in Madison County for four decades as she has accepted a number of roles, including township clerk, the Metro East Sanitary and Levy District. She currently serves as a Democrat member of the Madison County Board, representing District 16 which includes Granite City.

She also has served as chairperson for special projects for several organizations that she has been active in, including the American Legion Women’s Auxiliary, VFW Women’s Auxiliary and AmVets Ladies Auxiliary.

Hawkins said her motto has been to do what she believes is the right thing to do and has never turned anyone away who needed help.

“If it was writing a letter or making a call, I would do it,” she said. “I am pleased to help people.”

Looking back at her career, Hawkins said she is proud of her work with state lawmakers which resulted in the Truth in Housing Law.

One of the next tasks for Hawkins is to reach out and offer congratulations to the other inductees in this year’s class.

“I am so proud to be a part of this and I just want to extend my congratulations to the other inductees,” she said.

Those inductees include Lou Henson, 85, of Champaign, for education; and Carol Schempp, 73, of Springfield, for the performance/graphic arts category.

“It is a true honor to recognize older adults across the state that have made a significant impact on their community,” Jean Bohnhoff, director of the Illinois Department of Aging, said in a press release. “Our 2017 inductees are dedicated individuals whose contributions reflect the agency’s principles of respecting yesterday, supporting today and hoping for tomorrow. We thank them for their commitment and generosity.”

According to an Illinois state government website, the Senior Illinoisans Hall of Fame was formed in 1994 by the state’s General Assembly to honor the achievements and contributions of citizens age 65 or older. Since its inception, 104 people have been inducted into the Hall of Fame including the 2017 inductees.

One award is presented annually in several categories, including community service, education, the performance and graphic arts and the labor force to Illinois senior citizens and minority senior citizens in recognition of their individual contributions in those areas.

Ultimately, the awards are presented to senior citizens each year from an initial list of 44 nominees, which is compiled each year by the Illinois Department of Aging. Nominations are typically solicited from a number of groups, including service providers, area agencies on aging, local senior centers and senior organizations.

Honorees are selected for induction into the Hall through a statewide nominating and judging process. The winners are inducted into the Illinois Senior Hall of Fame during a special ceremony in their hometown.

Eligibility for the Hall of Fame is based on both past and present achievements. Illinois residents who are deceased are also eligible for the award and can be inducted posthumously.

To determine which category of community service a nominee shall be recognized in, the Department of Aging consults with the Coordinating Committee of State Agencies Serving Older Persons.