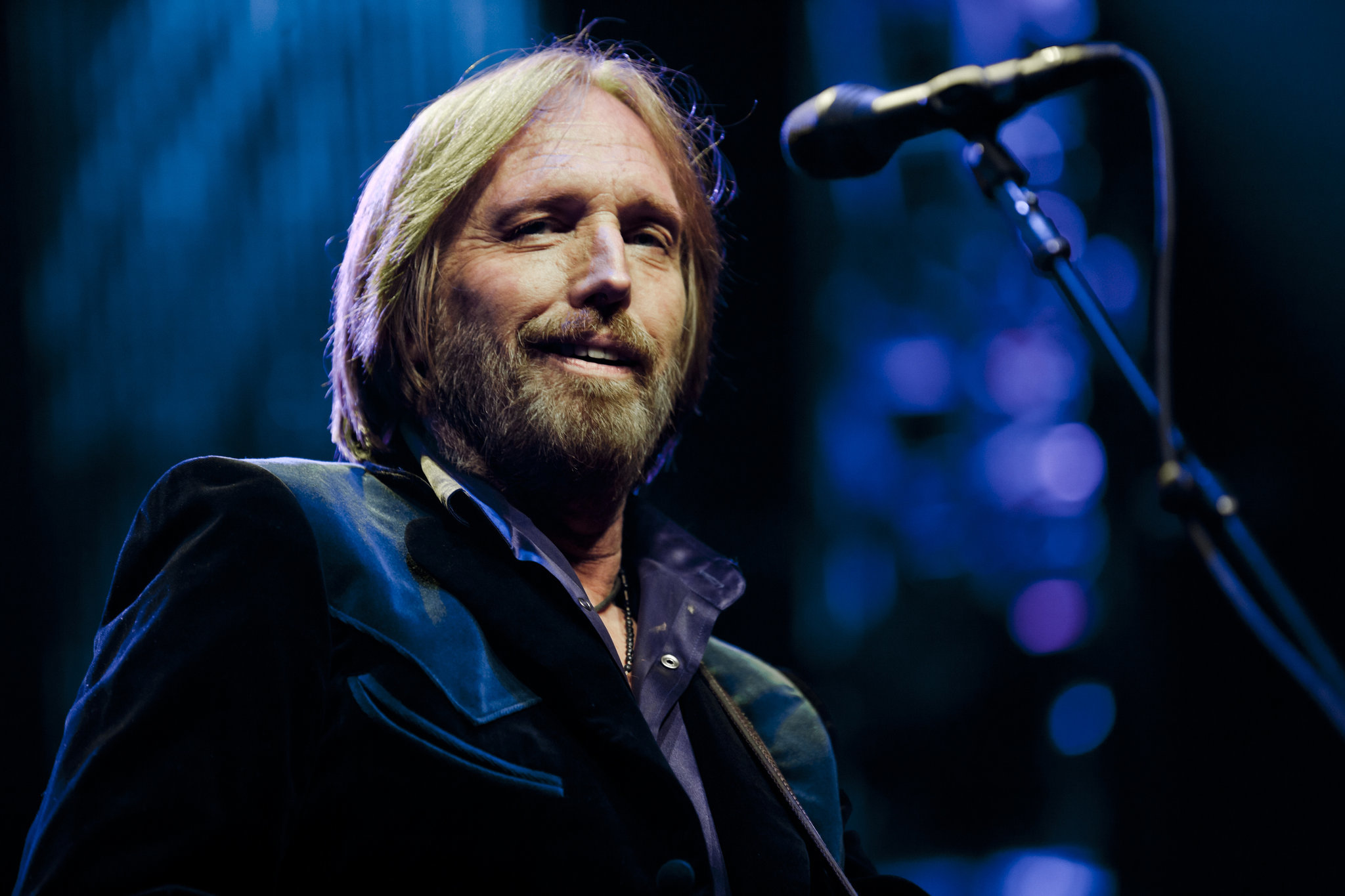 When the news broke on Monday the second of October, it was nothing short of unbelievable. Tom Petty - rock icon and fan favorite - had died. Dead not from an obvious drug overdose or car wreck, seemingly the wages of the hard living demanded  by the muse of Rock, but dead from a heart attack. Just like a regular guy. A fitting encore for a most regular Super Star. As the initial reports were backed down as false – you could just see him singing “You can stand me up to the Gates of Hell, but I WON'T BACK DOWN.” Sadly, the news was indeed correct, and the sorrowful requiem began.

Thomas Earl Petty was born in Gainesville, Fla. on October 20,1950; died Los Angeles, Calif., October 2, 2017. Age 66. Basic biography data hardly tells the story. His life in music touched so many, in so many areas, that while his death brings the pain of sudden removal, it is tempered by the sweet flow of memories, personal and collective, distant in time, as recent as the May concert at Scottrade. Tom Petty made you feel good, feel alive, feel joined in the “Great Wide Open.” A Tom Petty concert was always satisfying, as usually without a new album to push, his set list was all hits. Everybody left hearing all their favorites. His attraction was his approachability, his aura of being somebody who would set down at a local water hole, have a draft beer and shot, then sit in with the local cover band for set of songs by the Byrds.

Tom Petty dying was like losing a family member, or a very dear, close friend. Dylan is more poetic, but intimidating with his intellect, unapproachable in the confusion of trying to interpret the uninterpretable. Springsteen is a better rocker, but it is always uneasy being around the “Boss,” afraid that you might do or say the wrong thing and despite being almost 70, he would stomp your behind. Tom Petty had no such baggage, just the comfort level of a favorite worn down shirt, the authenticity of just a regular working stiff. In the Hopkins family, that was most surely true.

I am very proud and happy that my children, especially my sons, have inherited their father’s taste in music, at least in part. In many, many summer Bar B Ques, porch side drinks at night, or countless activities, Tom Petty and the Heartbreakers played in the background. When my family gave me a surprise 60th birthday party, my children sang on the stage at The Stagger Inn, performing under the name the “Wrongo Bongos” -  a name spawned by a phrase I might have uttered once or twice. In the set list were a couple of Petty classics, including my favorite, ”Last Dance for Mary Jane.”

The influence of Tom Petty  on the Hopkins clan was indeed  widespread, from getting my wife Margaret to get on her feet at Riverport during “The Waiting “ – the woman sat during an ENTIRE Springsteen concert - to  a very special way his music touched my second born son, and my first born grandchild. For the last several years, my son Michael has put his daughter Harper to sleep by singing and playing on his guitar “Free Fallin’,“ one of  his very best. It was so much a part of her routine that when she came to Alton to stay the night, Margaret and I would have to be a poor substitute. The night after Tom Petty’s death was one that brought tears and explanations, both unwanted and unexpected.

Michael had to tell my little Scout – Grandpa’s special nickname for Harper - that Tom Petty, the singer of their nightly lullaby, had gone to heaven to be with Jesus. Tears all around, just as they are as I write the account. But they carry on, the bond of love between father and daughter forged by Tom Petty’s music, strong and eternal.

When I heard of Tom Petty’s death, I searched out my CD’s. Please... do not tell me about computer music or Spotify, or some other such nonsense. Music needs to be held in your hand before you play it. I looked for a fitting song in eulogy for this very special Artist. Not in the “Greatest hits,” nor in the “Travelling Wilburys,” but in a kinder, gentler piece, the title track from a solo work,“Wildflowers.”

You belong among the Wildflowers.

You belong somewhere close to me.

Far away from your troubles and worries.

You belong somewhere where you feel free.

You belong somewhere where you feel free.

Rest in Peace, Tom Petty...From the Hopkins family, God Bless and keep you. Thanks.

Want to get notified whenever we write about Scottrade ?

Sign-up Next time we write about Scottrade, we'll email you a link to the story. You may edit your settings or unsubscribe at any time.