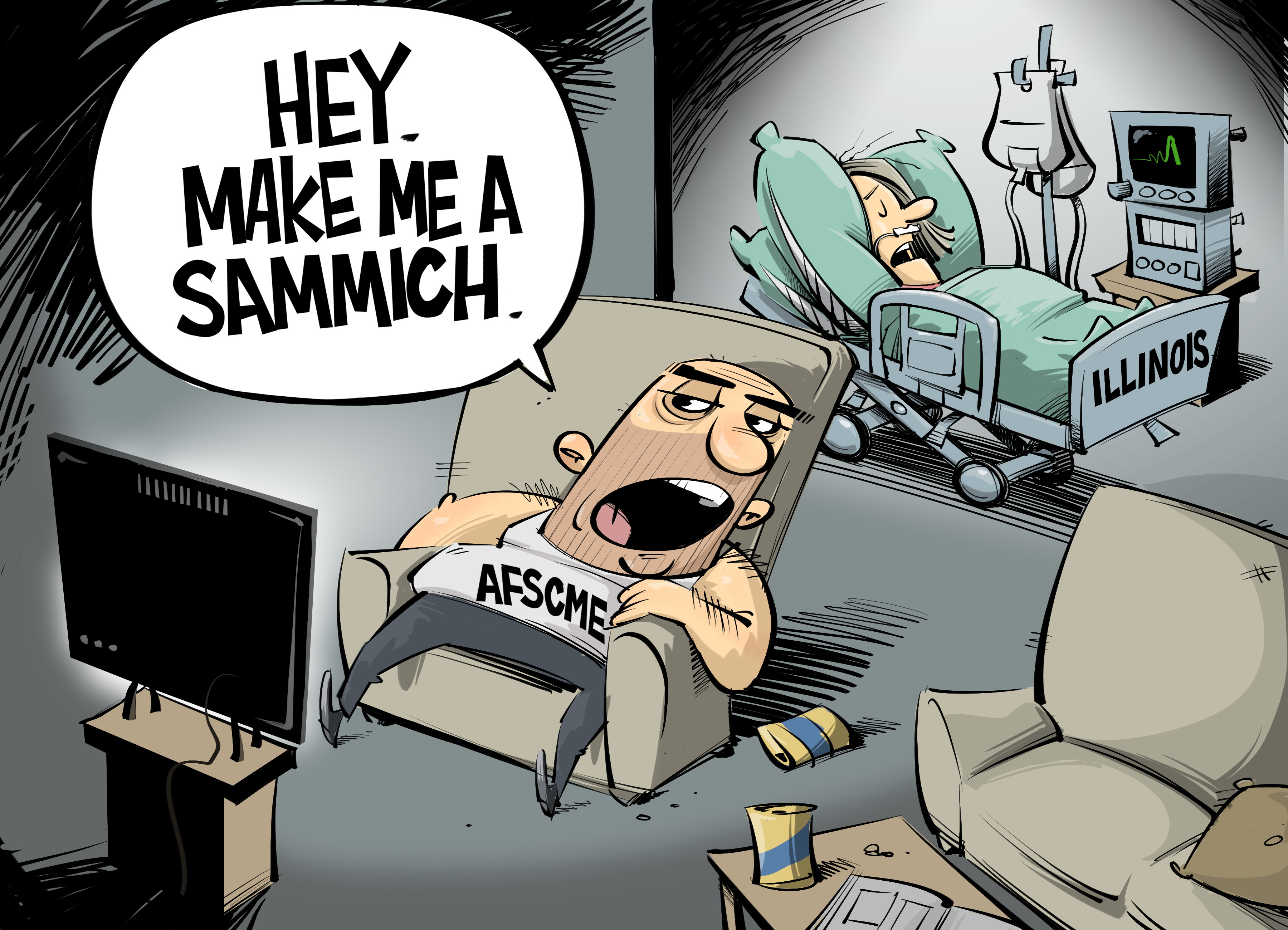 The American Federation of State, County and Municipal Employees recently conducted a strike authorization vote. Only 80 percent of eligible workers voted, and of that group 81 percent voted to authorize a strike if the union’s bargaining committee issues the call.

Unfortunately, many members may have voted to authorize a strike based on skewed information provided by the union.

AFSCME has peppered its members with “FAQs” and other handouts depicting Gov. Bruce Rauner as a “bully” who won’t negotiate with the union. But in fact the governor is following the procedure AFSCME previously approved – and the union has been less than honest about other aspects of the negotiations as well.

Rauner did not “walk out” on contract negotiations

AFSCME perpetuates the myth that Rauner walked out on contract negotiations and refuses to come back to the table. But the state labor board found differently: It determined that there is no point in negotiating further because the parties are at an impasse, or stalemate.

In fact, Rauner’s negotiations with AFSCME were the longest in the history of the state, with 67 days of meetings and approximately 300 proposals between the parties.

AFSCME also conveniently ignores that it was one of its own representatives who left negotiations stating, “I have nothing else to say and am not interested in hearing what you have to say at this point – carry that message back to your principals.”

In a handout to state workers, AFSCME claims a strike would be about ensuring state workers’ “basic rights.” But that is a complete mischaracterization of negotiations.

Illinois state workers are already the highest-paid state workers in the nation when adjusted for cost of living and are entitled to lavish health care and pension benefits at retirement.

But throughout negotiations, AFSCME pushed for extravagant terms that would cost taxpayers an additional $3 billion in increased state-worker wages and benefits, compared with the state’s offer to the union – including payroll increases of up to 29 percent, overtime after just 37.5 hours in a workweek, and platinum-level health care coverage at little cost to state workers.

Nothing in Rauner’s offer would strip state employees of rights – in fact, his offer continues many perks that outpace anything offered in the private sector, including generous overtime and holiday pay.

Contrary to AFSCME’s claims, Rauner is not trying to unilaterally impose his last contract offer on state employees. Instead, he is following the procedures AFSCME agreed to follow.

During negotiations, AFSCME and the state entered into three tolling agreements, which are signed contracts binding the parties to continue negotiating in good faith until either a contract is reached or impasse occurs.

According to the parties’ promises, the last agreement would “remain in effect until impasse is reached.” Under that agreement, either the union or the state could ask the Illinois Labor Relations Board to decide whether an impasse in negotiations had been reached.

That is exactly what the governor did. When the parties appeared to have arrived at a stalemate, the governor asked the Illinois Labor Relations Board to determine that the parties were at impasse. He did not try to implement the terms of his last offer without hearing from the labor board first.

Then in November 2016, the labor board determined that AFSCME and the state are indeed at impasse in negotiations. That meant the governor could implement his last, best and final offer to state workers.

In other words, Rauner isn’t taking renegade actions to “bust” the union. He’s following the procedure AFSCME itself previously approved.

Obstructionist tactics were the theme of AFSCME’s “negotiating” strategy. According to an administrative law judge with the Illinois Labor Relations Board, AFSCME’s approach to negotiations was “atypical.” She added, “… the [u]nion’s conduct calls into question its commitment to reaching an agreement through bargaining.”

Throughout negotiations, Rauner attempted to bring union costs more in line with what Illinoisans can afford. But AFSCME refused to compromise and instead continued to demand wage and benefit increases that would cost the state an additional $3 billion.

AFSCME didn’t get its way when the state labor board ruled the parties were at impasse. And now it is willing to go on strike to bully state taxpayers into paying for benefits they simply can’t afford.