Gov. Bruce Rauner vetoed House Bill 580 on Monday, a bill that strips taxpayers of representation during the state’s negotiations with government-worker unions. The House next is expected to vote on whether to override the veto.

Backed by the American Federation of State, County and Municipal Employees, the bill demonstrates that AFSCME is engaging in a bait-and-switch with the state’s taxpayers. While AFSCME promised – three times – to negotiate with the state in good faith, its support of HB 580 undermines fair and honest contract negotiations. 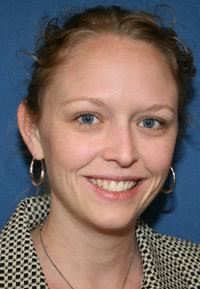 AFSCME represents about 35,000 state workers in Illinois, and its most recent contract with the state expired June 30, 2015. The governor and AFSCME have not been able to reach an agreement, so since last summer the government-worker union has entered into three “tolling agreements” with the state. The third tolling agreement is still in effect. These agreements bind the parties to “continue meeting and negotiating in good faith” until either a contract is reached or impasse occurs. The union agreed not to strike, and the state agreed not to lock out union workers.

AFSCME is seeking in its next contract pay increases of 11.5 percent to 29 percent over the four-year life of the contract, platinum-level health care at little to no cost to union members, and a workweek that includes overtime for workers after 37.5 hours. AFSCME’s demands would cost Illinois taxpayers an extra $3 billion over the course of the contract. In a letter to all state employees in January, Rauner explained that AFSCME’s wage-increase demands alone would cost the state nearly $1 billion.

If enacted, HB 580 would strip the state of bargaining power and allow AFSCME to unilaterally declare an impasse in negotiations and place all issues under the authority of an arbitration panel. Research demonstrates that arbitrators almost always side with unions.

The panel would draft a binding contract between the state and AFSCME – a contract that is likely to meet all of AFSCME’s demands at taxpayer expense. This is contrary to what is required under the tolling agreements.

AFSCME is engaged in a lobbying campaign, telling its members, “It is critical that we turn up the heat on state representatives who have not agreed to support this important legislation.” It is urging them to “take action.”

So on the one hand, AFSCME promised to stay at the table and negotiate in good faith, but on the other hand, the union is actively lobbying for a bill that would allow it to leave the table and run to outside arbitrators.

AFSCME’s game is clear. The union made a promise that it never intended to keep. Instead, it is doing everything it can to muscle the state’s taxpayers into a process that will practically guarantee AFSCME’s unreasonable demands are met.