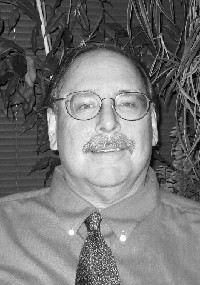 The Law docket is host to major civil actions such as medical malpractice, product liability, asbestos, class actions, and other personal injury cases, where plaintiffs seek in excess of $50,000 in damages.

A review of court records show that on March 25, 2015 - when LeChien left the Law docket - Baricevic placed LeChien over chancery court, where mortgage foreclosures dominate the docket, as well as over petitions for miscellaneous relief.

In Illinois, any party may substitute a judge once without cause if the judge has not made a substantive ruling.

Baricevic said in an interview April 27 that substitutions “happen all the time.”

“It has nothing to do with the quality of the judge,” he said. “It’s a preference of litigants.”

He said he was substituted in murder cases when current Circuit Judge Robert Haida was state’s attorney. Baricevic is a former state's attorney.

When litigants move for substitution, Baricevic said he has to follow the rules, make sure a substitution doesn’t cause a delay, and balance the workload of judges.

“Judge LeChien has a full docket assignment,” he said.

The drop to LeChien’s current rate of one substitution every nine days reflects the drop in the importance of cases before him.

Foreclosures seldom involve pleading, hearings or orders, and none of LeChien’s substitutions involved a foreclosure.

One case involved a dispute between trustees over shares of an Illinois corporation in a trust of the late Edward Berkel.

Attorney Barry Dix, of Mathis, Marfian and Richter in Belleville, moved for substitution on behalf of trustee Michael Westerheide.

In another case, Regions Bank sought interpretation of documents as administrator of a trust of the late Carol Needles.

In another case, Deerfield Insurance sought a declaration that it didn’t have to pay for Michigan litigation involving baseball’s Frontier League.

The Tressler law firm of Chicago and Hepler Broom of Edwardsville moved for substitution on behalf of Deerfield.

In another case, a family contested the execution of a dead mother’s wishes.

Baricevic granted substitution on a motion of defendant Susan Foster.

In another case, homeowners Euradell Johnson and Kimberly Johnson claimed neighbor Karla Arnotti installed a pool that encroached on their property.

Attorney John Cunningham, of Brown and James in Belleville, moved for substitution on behalf of Arnotti.

Dowling obtained orders from Baricevic on the days he filed the suits.

Baricevic said  there was nothing unusual in granting substitution to Dowling’s clients on the day he filed their suits.

“It can be one second after filing,” he said. “It’s an order that must be granted.”

Kitterman prayed for transfer “to a judge unaffected by influence to political agenda.”

He wrote that the court ignored motions, requests and pleadings, and that as a result of the court’s lack of interest, he pleaded for Baricevic to assist in his duty to maintain fair and impartial decision making.

“Plaintiff has good reason to believe, based on recent media activity, that this court is so prejudiced against him and the nature of his cases, he cannot receive a fair trial, as it will undoubtedly influence the community and diminish chances of support during this election year,” Kitterman wrote.

LeChien could have stood for non partisan retention this year, requiring 60 percent approval, but he resigned and runs now as a new Democratic candidate.

Had he run for retention, he would have faced voters in the five counties of the Twentieth Judicial Circuit – St. Clair, Monroe, Perry, Randolph and Washington. But in his bid for election, he will only be on the ballot for St. Clair County voters.

Since his reassignment last year, at least 15 parties have substituted him.

Circuit Judge Stephen McGlynn presided over the case at first, but Alvarez amended his complaint and the village removed the action to federal court.

The removal didn’t stick and the case returned to St. Clair County.

LeChien had replaced McGlynn in chancery court by then, but Alvarez and the village pleaded for McGlynn to stay on the case.

Baricevic wrote that “the parties agreed for the matter to remain with Judge McGlynn as he has made numerous and substantial rulings in the premises.”

Meanwhile, foreclosures continue slipping away from LeChien in another fashion.

Baricevic reassigned at least six of them to Associate Judge Heinz Rudolf between March 24 and April 14, because the LeChien Law Firm represented parties.

LeChien signed an order in one case after Baricevic reassigned it to Rudolf on account of the firm's involvement.

Rudolf entered judgment for US Bank on Feb. 18, the date of his assignment.

US Bank moved to amend judgment on March 7, and filed notice of a hearing before Rudolf on March 10.

On March 10, LeChien ordered the amendment of the judgment.