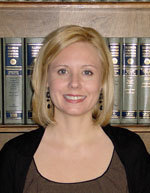 A man accused of providing an unsafe structure when a carpenter fell at his home has denied liability and alleges the carpenter assumed the risk.

Victor Betancourt, a local carpenter, filed his lawsuit on Oct. 26 against Michael Pedersen and Menard Inc.

According to the complaint, Betancourt alleges he fell from a structure built at Pedersen’s O’Fallon home with lumber purchased from Menards.

Betancourt alleges Pedersen failed to provide him with a safe working structure. He also alleges the materials sold by Menards were unsafe.

The plaintiff seeks damages in excess of $50,000, plus punitive damages and costs.

Pedersen answered the complaint on Dec. 2 through attorney Erin Phillips of Unsell Schattnik & Phillips in Wood River, denying the allegations against him.

He later filed a motion to amend his answer to add affirmative defenses on March 7.

In his amended answer’s affirmative defenses, Pedersen argues that Batencourt’s own negligence and fault contributed to his alleged injuries.

Pedersen also argues that Batencourt assumed the risk at issue.

Circuit Judge Vincent Lopinot scheduled a status conference for May 16 at 9 a.m.

Betancourt is represented in the case by Charles Scanlon of St. Louis.

Want to get notified whenever we write about McAnany, Van Cleave & Phillips ?

Sign-up Next time we write about McAnany, Van Cleave & Phillips, we'll email you a link to the story. You may edit your settings or unsubscribe at any time.