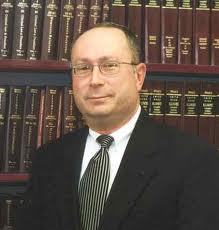 Eight jurors returned the verdict in the court of District Judge Staci Yandle on Feb. 11, after three days of trial.

Dunnagan sued Prenzler in 2014, alleging he fired her in violation of the Americans with Disabilities Act.

According to her lawyers, Lee Barron and William Buchanan of Alton, she was hospitalized with a life threatening illness in 2012.

She accused Prenzler of hostility toward her on account of her disability.

Dunnagan's lawyers claimed Prenzler expressed no concern for her physical or emotional well being.

On her return to work, she claimed she was told her duties would be transferred to a less experienced employee.

Her lawyers wrote that she performed her duties with skill and great competence.

After another hospitalization, Prenzler suggested she retire, her suit alleged, yet she indicated a desire to remain in her position.

Dunnagan's lawyers wrote that in 2013, she received a letter from Prenzler stating he decided to eliminate the comptroller position in 30 days.

Prenzler’s lawyers, John Gilbert of Edwardsville and Geri Arrindell of St. Louis, answered that Prenzler didn’t fire her, rather, he offered her an alternative position and she chose to retire.

They wrote that she didn’t inform him that she was disabled or impaired.

They wrote that consolidation of duties in his office helped him reduce total costs by 30 percent.

Prenzler argued at trial that the Americans with Disabilities Act didn’t apply because Dunnagan was not disabled, but jurors found otherwise.

Yandle later cast doubt on the size of the verdict, ordering Dunnagan to file a brief on damages by Feb. 25.

She ordered Prenzler to respond by March 10.