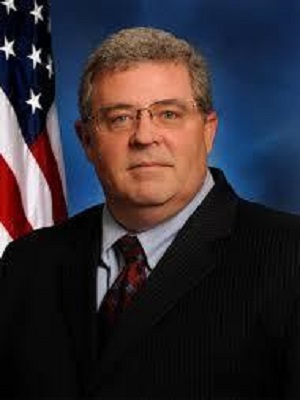 State Rep. Dwight Kay (R-Glen Carbon) said "there is no question" that campaign finances of the former state representative need to be examined.

Mautino, a Democrat, was appointed Auditor General in December, succeeding William Holland who retired in the third year of his 10-year term. Prior to his appointment, Mautino, 53, served in the 76th District of the State House for 24 years and became a deputy majority leader in 2011.

Not only is Kay joining in the calls for an investigation of Mautino's spending, Kay also said he has contacted the Illinois State Board of Elections to provide him records, particularly about expenses relating to Mautino's previous campaigns.

The focus of recent reporting mostly center around Mautino's fuel and repair expenditures, which reportedly topped $200,000 in almost 11 years.

"That's a sum that would get anyone's attention," Kay said. "I intend to find out, exactly, what is the legitimacy of those expenses."

The accountability group, "Edgar County Watchdogs" claims to have quantified $213,338.31 in campaign gas and vehicle repairs paid by Mautino’s political committee since 2005 to a single vendor in Mautino's hometown of Spring Valley, Happy’s Super Service Station. That averages out to about $20,000 per year or $55 each day for the 10 year and nine month period.

Brandi McGuire a Republican candidate for the 72nd State House District, and director of Skiles Driving School in East Moline, commented in a press release that what Mautino reportedly claimed in vehicular costs “is possibly more than our entire fleet of five cars that we used daily for students.”

Another watchdog group, the nonpartisan "Reboot Illinois," has called for Mautino to resign.

Mautino is the third individual to hold the title of Auditor General - the post was created in 1970 to provide oversight to state spending.

He also served 18 years on the Legislative Audit Commission before resigning from that panel last summer to get in line for the auditor position. His father, the late state Rep. Richard “Dick” Mautino, occupied the House seat his son would move into from 1975 until his death in 1991.