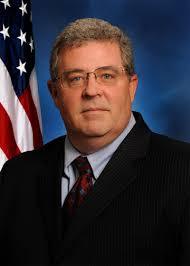 His reports for the last two election cycles, 2011 through 2014, show extravagant spending without much apparent purpose.

He often concealed identities of those who ultimately received his expenditures, by identifying his bank or campaign workers as recipients.

Mautino, a Democrat, served 24 years as state representative of the 76th District.

Spring Valley City Bank received expenditures for four meetings in Chicago and for payments to canvassers and other workers.

State campaign law requires explanation of expenditures made through banks or individuals, but Mautino did not explain.

His campaign spent more than $29,000 at the restaurants he did identify, averaging about $20 a day.

Mautino ran annual golf outings that cost more than $20,000 each.

He paid Happy’s Super Service station in Spring Valley thousands of dollars at a time, several times a year, to repair a vehicle that his campaign committee insured but didn’t own.

In all, the vehicle cost the campaign about $86 a day.

He paid more for good will than for yard signs, saturating his Illinois River district with donations to schools, sports teams, churches and charities.

State campaign law doesn’t prohibit donations to charity, but it prohibits any expenditure clearly in excess of whatever a campaign receives in exchange.

Mautino won the election, with 50.5 percent.

He gave up his seat last year, when legislators appointed him to replace retiring auditor general William Holland.

In recent weeks, several reports have been published regarding Mautino's campaign expenditures.

As reported by the Capitol Fax blog, a press release issued Tuesday by Mautino's non-governmental spokesperson, stated in part:

"His campaign committee, Committee for Frank J. Mautino, fully disclosed and reported all spending by the campaign in compliance with Illinois campaign finance and disclosure laws. His reports fully detail campaign expenditures that were made to help defray the standard, reasonable expenses incurred while Frank performed the governmental and public service duties of serving as state representative of his large, mostly rural district."

Capitol Fax's Rich Miller wrote: "Mautino had one major campaign this century, in 2014. He is a major Democratic player in that area, though, so he could’ve been subsidizing other campaigns. Either way, he needs to clear this up. Right now."