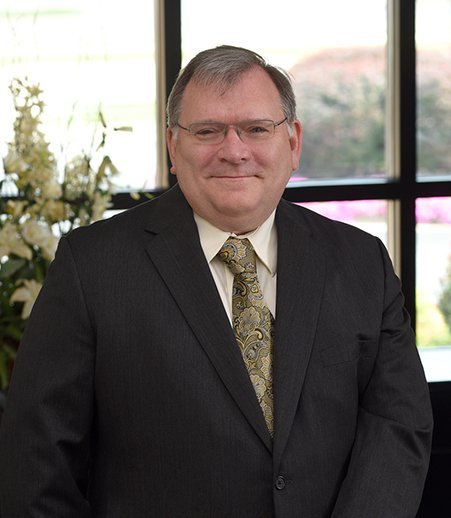 SPRINGFIELD – Former Highland dairy farmers Michael and Denise Richter, who let a suit against Prairie Farms languish for five years, found no visible support at the Illinois Supreme Court for their plea that they didn’t let it die.

At oral argument on Jan. 14, questions from the Justices harmonized better with Prairie Farms than with Fourth District appellate judges who kept the case alive.

For Prairie Farms, Donald Schoemaker of Swansea argued that the case closed when a deadline passed for the Richters to amend the complaint.

For the Richters, Paul Marks of Edwardsville argued that it never closed because Prairie Farms never moved to dismiss it.

Justice Robert Thomas told Marks it was a curious proposition that plaintiff’s recourse would be to not take advantage of leave to amend a complaint and then mandate that the defense ask for an order.

“Is there anything curious about putting the onus on the defendant?” Thomas asked.

Marks said it was harsh for a court to cut off a plaintiff’s rights.

“Is the court cutting off plaintiff’s rights or is the plaintiff?” Thomas responded.

The Richters and Prairie Farms executed a milk supply contract in 1980.

They joined the cooperative and bought shares at $15.

In 2005, Prairie Farms notified them that because they were no longer actively producing milk, their contract and membership would terminate.

Prairie Farms offered to buy back shares at $15, and they turned it down.

They sued in 2006, in Madison County, seeking shareholder remedies.

Prairie Farms moved to dismiss the complaint for failure to state a claim on which a court could grant relief.

On Sept. 26, 2007, now retired circuit judge Dan Stack denied the motion as to the shareholder claim and gave Prairie Farms 30 days to answer it.

Stack dismissed the fraud counts without prejudice, and granted the Richters 30 days to amend the complaint.

On Oct. 24, they moved for an extension.

Along the way, Stack retired and the case passed to circuit judge David Hylla.

Antognoli moved to withdraw in 2011, and Hylla granted it.

Hylla stayed discovery and continued the case so the Richters could find a lawyer.

They found Marks and Todd Sivia, also of Edwardsville.

In 2012, the Richters moved to extend a deadline for disclosing experts.

Hylla granted 30 days, and 30 days later they asked him for two more weeks.

They moved to dismiss the case voluntarily, without prejudice, and Hylla signed an order on the spot.

On Sept. 6, 2013, the Richters filed a new action for shareholder remedies.

They added new counts of misrepresentation and breach of fiduciary duty.

After transfer, Prairie Farms moved to dismiss the complaint as “res judicata,” a matter already adjudicated.

Prairie Farms argued that Stack adjudicated the fraud claims and everything else that the original action might have determined.

Londrigan found no reason to delay appeal, and an appeal followed at the Fourth District court in Springfield.

There, each side cited Smith v. Central Illinois Regional Airport, an opinion that current Justice Thomas Freeman signed in 2003.

Prairie Farms argued that Smith prevailed because he acted before his deadline.

Fourth District judges reversed Londrigan last June, finding Prairie Farms could have put a definite end to the action by moving to dismiss it with prejudice.

Presiding Justice Carol Pope wrote, “Defendant’s inaction in the circuit court and failure to obtain a definitive ruling does not merit the application of res judicata.”

She wrote that it was within the court’s discretion to extend the deadline.

“For all we know, the court might even have allowed plaintiffs more time to amend had plaintiffs sought leave to do so,” Pope wrote.

Prairie Farms petitioned the Supreme Court for review, and the Justices granted it.

Justice Mary Jane Theis quoted the Fourth District on defendant’s inaction, and asked Schoemaker what went on all those years.

Theis prodded for more and he said Richter went out of business, couldn’t provide documents on damages, and shut down the farm.

Schoemaker said he believed he had runoff issues with the state.

Theis asked if he responded to discovery.

“The short answer is no,” Schoemaker said.

Theis asked what he did to move it forward.

Schoemaker said there were responses to interrogatories and motions.

He said the argument that Prairie Farms was at fault was “Alice in Wonderland.”

He also said that logic dictates that there would be consequences for not responding.

“I don’t know of any rule that would allow a court to de-dismiss counts that have already been dismissed,” Schoemaker said.

Under Smith, “If you don’t act in time, judgment is final,” he said.

“It’s ten years since the facts,” he said. “People have died. Documents are gone. Memories are fading.

“This simply cannot be correct. There must be consequences.”

As Marks began arguing, Thomas asked him if Smith would have to be overruled.

Marks said no, but didn’t elaborate.

Thomas asked him if a defendant would ask for an order dismissing with prejudice, and Marks said yes.

“Until then it’s without prejudice?” Thomas asked.

Theis asked him if they pleaded new facts when they refiled the fraud counts.

“Not many, that’s for sure, but there were some,” Marks said.

Schoemaker took the podium and said, “They didn’t take advantage of that additional time that they were given by a court.

“There’s a huge difference between discovery on shareholder remedies and fraud and fiduciary duty.”

Schoemaker said Richter was on the board of directors and knew its policies.

“Smith clearly says it’s not the defendant’s obligation,” he said.

Schoemaker said the second suit was a copy of the first, “almost word for word.”

He said he moved to transfer the first suit, but the trial court said he waived it.

He said he filed for transfer in the second suit.

“That’s how we ended up in Macoupin County where we belonged all along,” Schoemaker said.

The Justices took it under advisement.