Edwardsville bar patron alleges he was injured in bar brawl 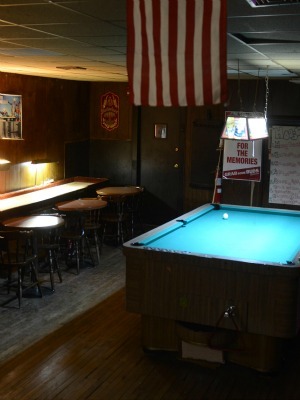 An Illinois man is suing an Edwardsville tavern and three individuals, alleging injuries suffered as result of a bar brawl.

On Oct. 5, 2014, the complaint states, Davis was at Hi-Way Tavern in Edwardsville when the defendants allegedly attacked him. The suit says that the tavern failed to provide for the plaintiff's safety when its employees did not intervene or stop a physical attack on him.

The lawsuit states the bouncer employed by the tavern walked away from the altercation instead of intervening. As a result, the complaint says, the plaintiff was physically assaulted.

The plaintiff alleges he lost consciousness, experienced bone fractures, swelling and bruising as well as other injuries, the treatment of which required medical attention and expenses and will likely do so in the future.

Davis seeks more than $50,000 from each defendant, plus court costs, for intentionally causing damages and injury. He seeks a second judgment of more than $50,000 against Hi-Way Tavern for causing the intoxication of the other three defendants, in violation of an Illinois statute. He is represented by attorney W. Michael Gnavi of Gnavi Law Offices PC in Collinsville.