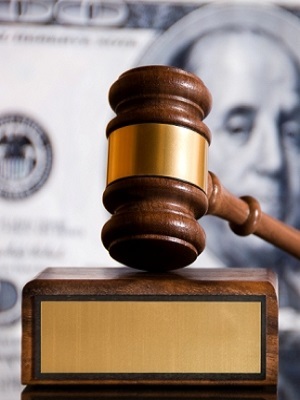 A manufacturer named as a defendant in about 75,000 asbestos personal injury cases nationwide has pushed back against a request for sanctions from lawyers representing Ford Motor Company, who have accused their client of being a “shill” to prevent other defendants from transferring cases out of Cook County Circuit Court, saying Ford has no basis to support an “implausible conspiracy theory” serving as a pretense for the chance to fish for privileged information.

“Ford asks this court to sanction JCI (John Crane Inc.) because JCI did not defend itself in a way that assisted Ford,” wrote attorney Thomas J. Cunningham, of Locke Lord, in the memorandum filed Dec. 4. “But JCI is not obligated to defend itself in the way Ford prefers.

“No Illinois court has ever sanctioned a party under similar circumstances, and this court should decline Ford’s invitation to be the first.”

In November, the Sanchez lawyers, on behalf of Ford, filed a motion asking the court to sanction John Crane, the OTMB firm and lawyers from the firm of Connelly & Vogelzang, of Chicago, who had served as counsel for plaintiffs who brought the lawsuit in which the sanctions motion has arisen.

The sanctions request arose as the various parties moved to conclude an asbestos liability lawsuit brought by plaintiffs Bertha and Moses Winford against a number of companies, including Ford, Genuine Parts and Dana Companies. The list of named defendants in the action included many companies that routinely land on lists of defendants in asbestos exposure complaints. The list included John Crane Inc., a manufacturer of packing and gasket products, based in Chicago.

The litigation had continued for about 20 months, until Cook County Judge Daniel Joseph ordered the case dismissed with prejudice “pursuant to settlement.”

However, Lynch said he was retaining jurisdiction over the case to consider the motions for sanctions. A hearing is scheduled on the matter on Dec. 21.

In their November motions, Ford and Genuine Parts had alleged “gamesmanship” on the part of Crane’s attorneys and those for the plaintiffs, alleging the Vogelzang lawyers installed Crane as a “straw man Illinois defendant” to “act as a shill at trial.” They said this prevented them from removing the case to federal court, as they would have preferred and “unnecessarily lengthened the pretrial proceedings.”

They said OTMB used various tactics during the proceedings as part of a long-running cooperation between them and the Vogelzang lawyers to prevent the matter from being dismissed from Cook County court, and ultimately allow Crane to avoid paying damages.

The lawyers for Ford and Genuine Parts said they believed discovery would allow them to prove the pattern.

In reply, however, lawyers for John Crane said Ford’s motion was off base.

Crane’s lawyers said there is no agreement between Crane and the plaintiffs or their lawyers “regarding how the case would be handled.”

“Ford is also completely silent as to why JCI would want to be sued or would want to remain a defendant in the case any longer than necessary,” Crane’s lawyers wrote in their filing. “Indeed, Ford never even actually says that JCI made an agreement to be sued.”

They defended OTMB’s “tactical decisions” on how to defend Crane in the Winford case, as well as the tens of thousands of other asbestos cases in which Crane is named as a defendant nationwide.

“This massive volume of litigation requires JCI to demand efficiency from its outside counsel, which requires counsel to strategically decide which motions to file, which depositions to attend and whether to retain experts in every case,” Crane’s lawyers wrote.

Those decisions include whether to object to motions to remove cases to other jurisdictions. As it is headquartered in Chicago, Crane said it prefers to litigate “in its home state, if for no other reason than to avoid the need to send witnesses out of state for deposition and/or trial.”

Further, Crane noted nothing prevented Ford from asking a Chicago federal court to remove the case from Cook County. They also noted, in a number of the cases chosen by Ford to support its allegations of a “pattern” of cooperation between Crane and the plaintiff’s attorneys, those other cases included other named Illinois-based defendants, as well.

And Crane also assailed Ford’s accusation that Crane’s common refusal to be among the final defendants dismissed from cases demonstrated collusion.

“In reality, JCI simply has a history of deciding not to pay settlements in meritless cases for cost-of-defense or ‘nuisance value’ purposes,” the lawyers wrote. “As a result, JCI has found that where plaintiffs have settled with other defendants, those plaintiffs will often dismiss JCI from the case rather than invest the substantial amounts needed to proceed to trial with a very low likelihood of success against JCI.

“Thus, simple economics, rather than Ford’s implausible conspiracy theory, explains why plaintiffs dismiss JCI rather than go to trial against it, especially given the risk that any plaintiff’s verdict would be completely offset by prior settlements.”

Crane also argued Rule 137 – the judicial rule under which Ford brought its motion – does not authorize Ford to secure sanctions, as its “limited scope” “applies only to signed documents that contain false or legally groundless statements that are otherwise improper.”

And Ford “does not identify a single document signed on behalf of JCI that allegedly contained a false, legally groundless or otherwise improper statement,” Crane’s attorneys wrote.

While Ford has requested discovery to uncover evidence to support its claims, Crane said allowing discovery over this motion would violate attorney-client privilege, merely to allow Ford “to further its witch hunt.” They particularly called “outrageous” Ford’s request for “JCI’s and OTMB’s attorney-client communications.”

“Ford’s motion is a facially inappropriate attempt to violate JCI’s privilege to obtain internal tactics and strategies for use in future litigation,” Crane’s attorneys wrote, noting such discovery “would immeasurably harm JCI today and years into the future as JCI and Ford are co-defendants in hundreds, if not thousands, of asbestos cases across the country, and such cases are expected to continue for the next 30 years.

“Ford offers no reason why it should be entitled to such highly-sensitive material.”