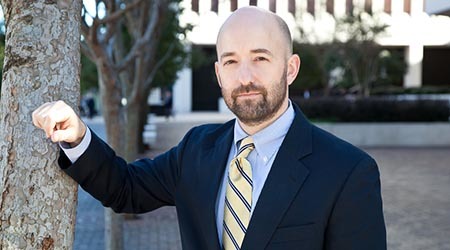 A Madison County jury returned a verdict in favor of defendant Daddie-O’s Nite Out on Wednesday in a Dram Shop suit involving a bar brawl.

Represented by Patrick G. King of the King Law Firm in Alton, Odom argues that the defendants sold alcohol to Heitman on May 12, 2013, causing him to become intoxicated. Odom claims he was on the Daddie-O’s pool team and was on the Wood River premises at the same time as Heitman.

While intoxicated, Odom claims Heitman began making sexual remarks and yelled obscenities, profanities and fighting words at the bartender and other patrons. As a result, the bartender allegedly demanded for Heitman to leave the establishment, but he refused.

Odom, along with other patrons, “assisted and attempted with the peaceful removal of John P. Heitman from the inside of Daddie-O’s at the direction and request of the bartender,” the suit states.

Odom claims Heitman responded by physically striking him, causing him to fall and land against a pool table and the floor.

As a result of the altercation, Odom claims he suffered severe and permanent injuries to his right shoulder.

Represented by Stephen J. Moore of Galloway, Johnson, Tompkins, Burr & Smith in St. Louis, Daddie-O’s and the Campbell defendants argue that the plaintiff provoked the alleged incident by becoming intoxicated and acting in a reckless, offensive and careless manner; provoking and willingly, purposefully and intentionally engaging in and allowing the alleged incident when it could have been avoided; actively provoked the conduct of Heitman through verbal threats; engaged in a personal dispute; and voluntarily, freely and willfully participated in the attempted removal of Heitman.

The defendants argue that Odom’s alleged injuries were the result of his own fault for failing to take care for his own safety and failing to act reasonably under the circumstances.