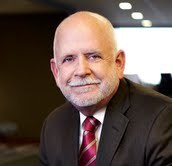 ST. LOUIS - Missouri and Kansas Super Lawyers have named nearly 30 Sandberg Phoenix attorneys to their list of Super Lawyers and Rising Stars for 2015.

Attorneys who have been recognized as Super Lawyers:

David B. B. Helfrey

Super Lawyers rates attorneys who have attained a high-degree of peer recognition and professional achievement. Attorneys are selected using a patented multiphase selection process. Peer nominations and evaluations are combined with third party research. Each candidate is evaluated on 12 indicators of peer recognition and professional achievement and selections are made on an annual, state-by-state basis.

Want to get notified whenever we write about Sandberg Phoenix & Von Gontard P.C ?

Sign-up Next time we write about Sandberg Phoenix & Von Gontard P.C, we'll email you a link to the story. You may edit your settings or unsubscribe at any time.