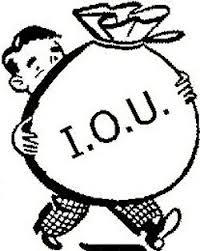 SPRINGFIELD — Illinois Lottery players who hit a winner worth more than $600 will have to settle for a promise.

As of Thursday, retailers will still pay out winners of $600 or less from their cash registers, but winners of bigger amounts will have to wait until the state has a budget.

“Once a budget is passed in Springfield, all outstanding claims will be paid,” the Illinois Lottery said in written statement.

This is the second such action by the state. In late August, the Lottery said it would limit payouts to $25,000.

That action sparked a lawsuit by some winners, including factory foreman Danny Chasteen of Oglesby, who’s waiting on a $250,000 payout.

“I heard about the $600 last night,” Chasteen said Thursday. “I think it’s just totally wrong. If you buy a Lottery ticket and you win, you should get paid."

If the state can’t pay out on its winning tickets, it should halt sales until it can pay winners, he said.

With 2015 revenues exhausted and no appropriations bill in place for the current fiscal year, the state’s comptroller doesn’t have the legal authority to pay winners, the Lottery says.

Illinois Lottery spokesman Steve Rossi said the payout restriction also applies to multi-state games played in Illinois, such as Mega Millions and Powerball, because the state that sells the winning tickets is responsible for making the payouts.

While a $25,000 limit probably hurt some games, a $600 limit will reach all the way down into the games that people play daily or several times per week, he said.

“Illinois is predictably going to lose some revenue during this period of time as a result,” he said.

“Lotteries are all about the money,” Frome said. “People are not going to play at the same rate for promise of payment as they are for money.”

Ben Friedrich, who was playing the Lottery in Aurora on Thursday, told Illinois News Network the $600 restriction struck him as unfair.

“If they’re still going to have the games and you’re still able to win the money, then you should be able to collect on the money,” he said.

Illinois is now in its fourth month of fiscal year 2016 without a budget as first-term Republican Gov. Bruce Rauner and legislative Democrats have been unable to reach an agreement.

Rauner says the Democrats have sent him a plan billions heavier in spending than revenue. While Rauner says he’s willing to discuss new revenue, he says he won’t sign off until he gets at least some of his agenda items, which he considers fundamental reforms.

Democrats complain Rauner and the GOP have been unwilling to work with them until the governor gets what he wants, and they don’t consider his agenda items directly related to the annual budget.

Rauner answers that his proposals are necessary to improve the state's economy and retain jobs and population.

Even without a master budget, the state is spending at clip said to be driving it toward a $5 billion shortfall by the end of the budget year.

Mark Fitton is a reporter for Illinois News Network Cole Lauterbach also contributed to this report.