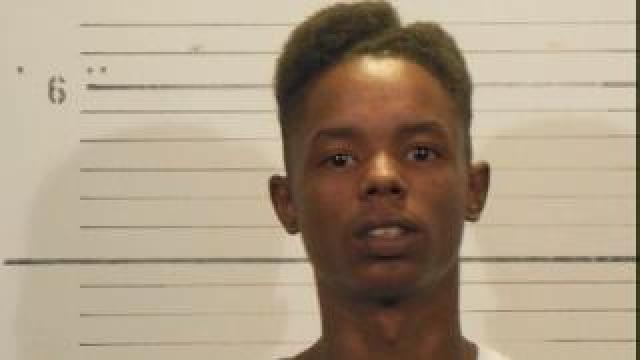 BENTON – After St. Clair County state’s attorney Brendan Kelly threw out the confession of teenager Trevon Yates and released him from a jail where he had spent nine months, Kelly’s office in civil court proceedings denied that the county damaged Yates.

Yates recently gained a $900,000 settlement from the county in federal court at Benton, on his claim that deputies coerced his confession to armed robbery.

The county would have paid nothing if a judge had granted a motion the county filed in June for summary judgment dismissing the complaint.

Officers arrested Yates on Aug. 28, 2013, and brought him to the St. Clair County Sheriff’s Department for questioning in connection with an Aug. 12 armed robbery of a couple who were lured to a parking lot in Belleville, where they expected to meet someone advertising an iPhone 5 for sale on the website Craigslist.

“At seventeen years old being questioned about an armed robbery, Yates was not entitled to the presence of a parent or guardian,” Ysursa wrote.

He wrote that defendants didn’t shout at Yates, insult him, or threaten him with loss of family or a long prison sentence.

Ysursa separately moved to bar testimony on damages from a psychologist.

“Yates has never sought treatment for any of his alleged physical or mental harm,” Ysursa wrote.

Video of the interrogation shows Yates, age 17, weeping and wailing with his face on a table.

He kept denying that he robbed anyone, but McHughes and Toth kept pressuring until he confessed.

McHughes filed criminal information against Yates and testified before grand jurors who indicted him.

Yates spent nine months in county jail, the youngest one there.

Belleville lawyer Jim Ellis, who took the case six months after Yates’s arrest, obtained the tape from the state in the course of discovery.

“It shows Trevon crying heavily and pleading with the detectives to realize that he had nothing to do with the armed robbery,” he said on Oct. 12.

“There are psychologically manipulative techniques that investigators are trained to use, and the first is to make the person feel isolated.

“Next, you convince the person that you have overwhelming proof.

“Usually that’s accomplished through telling the person lies that the person has no way to know if police are lying or not.”

Ellis said they told Yates another suspect identified him, when no one had.

He said they implied they could set him free if he confessed. And, he said they told him the judge and the prosecutor would think he was a thug.

“He began to get the picture and that’s when he really started to break down,” he said.

Ellis said he showed the tape to an investigator who told him to call experts on juvenile confessions at Northwestern University.

He said the experts helped him write a motion to suppress the confession.

While he wrote it, psychologist Daniel Cueno reported to the court that Yates did not understand his Miranda rights well enough to waive them.

“He never could grasp that what he said would be used against him in court,” Cuneo wrote.

“He could not grasp that he could have stopped talking when the police were asking him questions.”

Two weeks after that, Circuit Judge Robert Haida granted a motion from the state to dismiss the charge without prejudice.

On Aug. 27, 2014, Northwestern lawyers and Ellis filed a federal suit against the county, McHughes, and six other officers.

They alleged that when officers arrested Yates at his home, they refused to allow his father to accompany him.

Lawyers for Yates wrote that defendants lacked probable cause or reasonable suspicion to arrest him.

They also wrote that:

-Yates did not resemble the Trevon a witness described.

-His youthfulness, intellectual deficiencies, inexperience, and suggestibility were obvious to the defendants in his interrogation.

-Defendants refused 35 times to listen to his assertions of innocence and falsely told him 42 times that they had evidence.

-He prayed aloud to God, begged for his mother 35 times, and once threatened to kill himself.

-He offered to take a lie detector test but none was administered.

-He asked them to examine his cell phone, and defendants confirmed that it had no role in the crime.

“Eventually, Trevon falsely admitted to the armed robbery,” they wrote,

“He did not do so voluntarily, but only in order to bring an end to the psychologically brutal interrogation.”

They wrote that older detainees abused him and stole his belongings.

In January, Yates added deputy Scott Toth as a defendant.

In June, the county filed its motion for summary judgment.

“In this case, the conduct of defendants McHughes and Toth was far from extreme and outrageous,” Ysursa wrote.

Ysursa wrote that nothing in their actions verged on conscience shocking behavior.

He wrote that Yates never requested a lawyer.

“No evidence exists suggesting the defendants engaged in malicious acts, but probable cause abounded to commence judicial proceedings against Yates,” he wrote.

In July, Ysursa dodged a request to admit that Yates was innocent.

”Defendants object to this request to the extent it calls for a legal conclusion,” he wrote.

In August, he filed another brief for summary judgment.

“To accomplish their goal of crucifying the police, plaintiff mischaracterizes evidence, offers suppositions as fact, and infers malice baselessly,” he wrote.

“The reality remains that no genuine issue of material fact exists to suggest investigators Kenneth McHughes and Scott Toth acted in any manner less than good faith and upon reasonable belief that their actions were within constitutional boundaries.

“At the time of the defendants’ actions, based upon what they knew of the plaintiff and of Illinois’s legal landscape, every action the defendants undertook was reasonable.”

U.S. Magistrate Philip Frazier summoned the parties to a settlement conference on Aug. 31, and a settlement resulted.

Sheriff Rick Watson, in an interview on Oct. 13, said, “We have to modify what we do, to prevent anything like this from happening again.”

Watson found no fault with McHughes or Toth, and said comments about the tape amount to Monday morning quarterbacking.

He said for police generally, “When they are in the moment, everybody says yeah, this guy did it.”

His staff needs training, but that the county board denied his proposal to hire a California firm for that purpose, Watson said. He said the firm, Lexipol, charges $30,000 initially and $20,000 a year.

Watson is on the Metro East police board, covering four cities, and he said that Lexipol has done a good job training the staff.

He provided a copy of Lexipol’s proposal, which offers daily bulletins that present realistic circumstances linked to policies.

“I will take that daily quiz myself,” Watson said.

“Policies and procedures have to stay up to date and that’s what I’m trying to get the county to do.

“I keep harping on it because I think it’s a good thing.

“There are some things that have been let go for many years.”

He described steps he has taken to keep the jail clean, adding that a staph infection could cost a lot more than $900,000.

Kelly, in an interview on Oct. 13, said, “A determination was made through a psychological examination well after the interrogation and charge that Yates was unable to knowingly waive his Miranda rights.”

“That put the admissibility of the confession in doubt and we no longer had a reasonable likelihood of conviction.”

He said the criminal case is different from the civil case.

“The outcomes could intersect but the paths are distinct,” he said.