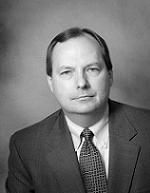 He ordered her to answer questions she wouldn’t answer in June, at a deposition for her suit against the owners and the driver of a truck that hit her husband.

“I find that the plaintiff’s dating and social life since Kyle Deatherage’s death are relevant for discovery purposes, to the issue of claimed damages of permanent grief, mental anguish and depression,” Jarman wrote.

Kyle Deatherage died in 2012, on Interstate 55 in Montgomery County, as he approached a vehicle he had stopped.

Her lawyer, Tom Keefe of Belleville, sought damages not only for pecuniary losses but also for permanent grief, mental anguish and depression.

Defendants moved to transfer the suit, and circuit judge Dennis Ruth denied it.

Last September, Fifth District judges ruled that Ruth should have transferred it.

They offered Deatherage a choice of courts among Montgomery, Brown and Sangamon counties.

At a press conference, Keefe expressed suspicion that Karmeier manipulated the Fifth District decision because Dot Foods contributed to his campaign.

Deatherage chose to take her case to Montgomery County, and lawyers for all three defendants deposed her on June 29.

Felton’s lawyer, William Knapp of Edwardsville, asked her if she dated anyone since Kyle’s death.

Keefe objected and told her not to answer.

He told Knapp, “That’s none of your business.”

Keefe: “You can take that up with the judge if you’re going to start prying into her personal life.”

Knapp said he’d be happy to take it up with the judge.

She said he was a patient at the dental clinic where she worked.

Knapp asked if she had any other relationship with Steele.

Keefe objected and said, “How could that possibly be your business?”

Knapp said he would suspend his questioning subject to a ruling of the court.

He attached transcripts of debate at the Illinois House in 2007, over a bill adding grief, sorrow, and mental suffering to verdict forms in wrongful death trials.

When a lawmaker opposed to the bill asked how jurors would put a monetary award on grief, sponsor James Brosnahan said, “They would just have to listen to the evidence that is presented and make an informed decision as a group."

“That really depends on the evidence that is presented by the plaintiff and any evidence that the defense chooses to present as well,” he said.

Knapp wrote that the legislature intended that both sides would present evidence and a jury would decide.

He wrote that a review found no ruling on whether a surviving spouse’s romantic relationship is relevant to damages for grief, sorrow or mental suffering.

“Thus, the court is not restricted by any case law which would prohibit discovery of such a romantic relationship,” Kaufmann wrote.

“Plaintiff does not cite to any Illinois decisions that have barred evidence of a surviving spouse’s romantic relationship as a collateral source akin to insurance proceeds or Medicaid benefits.

“To allow the investigation of her sorrow, without allowing any inquiry into her ability to enter into and maintain a romantic relationship, limits the ability of defendants to inquire into an important element of damages.”

Jarman has set trial to start in October 2016.