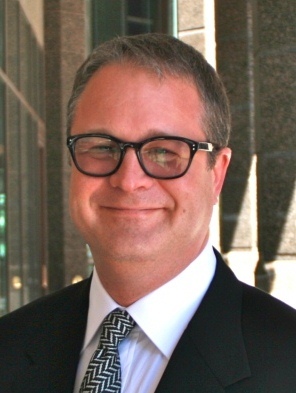 As of Aug. 31, roughly 745 asbestos cases have been filed in the Madison County Circuit Court, according to asbestos attorney Marcus Raichle Jr.

During a presentation at the HarrisMartin Midwest Asbestos Conference on Sept. 18, Raichle projected that total filings for the year would be approximately 1,118 - which would be down from the previous year in which 1,300 cases were filed.

He said that his figures were based on data his firm collects and may not be a comprehensive representation of the asbestos case filings in Madison County.

“The reputation of Madison County is one of the Wild West, and it’s actually probably the most well detailed jurisdictions as far as the mapping of how you get from one end of the case to the other,” Raichle said.

According to Raichle, the Simmons Hanley Conroy firm in Alton has filed the most asbestos cases with Gori Julian & Associates in Edwardsville having filed the second most. But both firms filed mostly mesothelioma cases, he said. .

The Napoli firm has filed the least amount of cases so far this year with just two cases. However, Kidd said she believes Napoli will be filing more lung cancer cases “in the very near future.”

The firms filed the following number of cases as of Aug. 31:

Here is a look at case filings by month, March and August were the most active, with a dip in May.

Raichle noted that roughly 115 cases are filed in Cook County each year, and Madison County sees roughly that number each month.

However, while Napoli filed the least amount of cases this year, the firm has had some of the most cases set for trial between 2015 and 2017.

Currently, there are 827 total new trial settings for this year, with an average of 27.5 cases per docket. That does not include cases that have been continued from previous dockets.

Looking back at the Madison County asbestos docket over the past 30 years, Raichle pointed out that in 1986 there were roughly 1,503 cases filed, which is close to the numbers Madison County has seen in recent years. However, the case filings dropped off after that year and were at their lowest in 1996 under Circuit Judge Nicholas Byron with just 65 cases filed.

The case filings began to climb again in 2000, also under Byron. When the number reached 953 in 2003, with 1,400 cases set for trial, he said the response came by way of a trust fund debate and tort reform proposals.

“We go from being a sleepy backwater jurisdiction to being the center of a national tort reform debate,” Raichle said.

After Circuit Judge Daniel Stack took over the docket, case filings dropped again down to 325 in 2006. From that point, filings continued to climb until 2014 when Madison County saw a record breaking 1,678 asbestos cases filed and a whopping 2,882 cases set for trial. In response to the number of cases set for trial in 2014, Raichle said plaintiff and defense attorneys began working together to get a better idea on how to control the docket.

Since then, case filings and case settings have “dropped dramatically.”

“I don’t think the size of the docket creates the chaos,” Raichle said. “I think the history surrounding the docket is dictating.”

However, he said he was confident that Madison County is beginning to level off in both case filings and case settings. He said he believes case filings will eventually even out to a fairly consistent 1,200 cases per year and the trial settings will average around 827 per year.

Raichle also addressed some new trends emerging in Madison County, noting that forum is no longer the biggest “threat” to litigation in Madison County because forum has to be convenient for all or a majority of the parties involved.

He added that more cases are being pursued in other jurisdictions, which “should take some of the pressure off the numbers of cases being filed in Madison County.”

“Because of the volume of cases filed in Madison County we have as much, if not more, to lose,” he said.

Kidd focused her presentation on the two new statutory amendments Quinn signed into law before he left office, both of which became effective in June.

One of the new laws reduces the number of jurors in civil cases from 12 to six, including asbestos cases.

She pointed out that Illinois’ Bill of Rights says, “The right of trial by jury as heretofore enjoyed shall remain inviolate.”

She said the argument is whether the “inviolate” right includes the right to a 12-person jury.

“Based on the record of proceedings of the Sixth Illinois Constitutional Convention of 1970 and the case law interpreting the Illinois Constitution, it appears a six person jury trial provision should not survive a constitutional challenge if courts choose to effectuate the intent of the delegates to the 1970 convention,” she wrote in her presentation.

The other new law abrogates the construction statute of repose for asbestos claims. She asked rhetorically whether this new amendment meant that asbestos claims would live forever.

And the question defense attorneys are now asking is whether this revives claims that have already been time-barred.