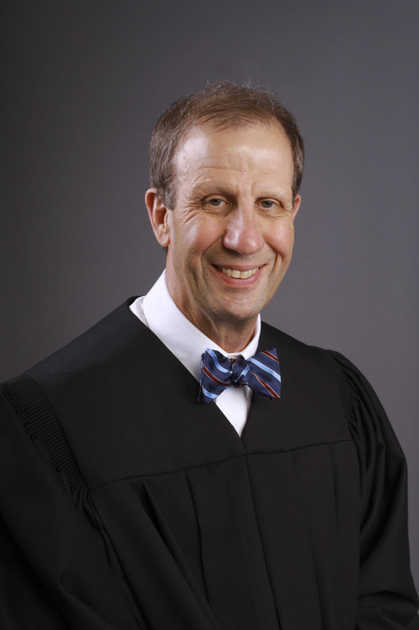 SPRINGFIELD – Thousands of losers in corrupt auctions at the Madison County courthouse should pursue recovery one by one rather than as a class, the winners argue at the Illinois Supreme Court.

Buyers who purchased delinquent property taxes without competition petitioned the Justices on Sept. 21, for leave to appeal certification of a class action against them.

“The class action device cannot be used to exempt individual class members from proving each element of their claims,” their lawyers wrote.

“Individual damage questions will be the main issue at trial and will consume the great bulk of time.”

The county pleaded that it derived no benefit from bid rigging by former treasurer Fred Bathon and that, “Bathon’s conduct profoundly harmed the county.”

He pleaded guilty of bid rigging in 2013, and served time in federal prison.

The law prohibits interest above 18 percent.

From 2005 to 2008, Bathon arranged to deliver 18 percent interest for buyers who contributed to Democratic Party candidates.

Heavy interest on top of back taxes caused some owners to lose their properties.

Owners filed three suits against the county and the tax buyers in 2013.

Madison County judges could not hear the cases, and the Supreme Court assigned them to Clinton County circuit judge Dennis Middendorf.

He consolidated them and retired, leaving class certification in Becker’s hands.

Becker certified the class, but the petitions for leave to appeal warned the Supreme Court that he would find it impossible to manage a trial that way.

The tax buyers argued that “determination of whether class members incurred damages, as required to bring a claim under the Illinois Antitrust Act, as well as the amount of those damages, will require thousands of mini trials.”

Their lawyers wrote that many class members had no damage at all, “because their delinquent taxes likely would have sold for 18 percent anyway.”

They wrote that an owner’s payment history, the size of the tax bill, and the value of the property all have an impact on the interest rate.

They wrote that the rate is also affected by overall economic conditions.

“All of these legitimate considerations routinely result in many tax liens being sold at an 18 percent rate, even during a tax sale free of wrongdoing,” they wrote.

The lawyers urged the Justices to follow the example of U.S. Attorney Stephen Wigginton, who found calculation of individual losses impossible.

They quoted a ruling from District Judge David Herndon, who sentenced Bathon, that a complete accounting was “highly impracticable.”

Madison County’s petition argued that plaintiffs alleged no facts suggesting that Madison County retained any money as a result of Bathon’s system.

It echoed the tax buyers on the individual nature of damage claims.

“Some of the properties sold at the tax sales were sold at an appropriate penalty rate, others not,” lawyers for Madison County wrote.

They wrote that plaintiffs constructed no model for computing damages and Becker couldn’t develop a plan on his own.

“Basically, the trial court certified this class based on a ‘we’ll figure this out as we go along’ approach,” they wrote.

Plaintiffs must respond by Oct. 13.