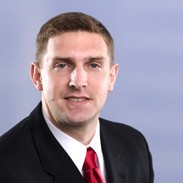 Madison County Associate Judge Stephen Stobbs was joined by attorneys from both side of the fence to shed light on how to navigate a case in the nation’s busiest asbestos docket.

Plaintiff attorney Allyson Romani of Shrader & Associates in Glen Carbon and defense attorney Gary Pinter of Heyl Royster Voelker & Allen, along with Stobbs, talked about the process of filing suit and going to trial in Madison County at the HarrisMartin Midwest Asbestos Conference, held Sept. 18 in St. Louis.

Even though Madison County is where most new asbestos cases get filed each year, not many cases go to trial. In fact, roughly one case per year has gone to trial in the past decade.

“I think that’s a testament to how well the docket works,” Romani said of the low trial rate.

Since 2005, there have been nine asbestos trials, eight of which were defense verdicts. The one plaintiff verdict was for $500,000 and was later reduced to almost nothing due to the plaintiff's prior settlements.

Most cases in Madison County settle before they go before a jury.

“We’ll try to get the case resolved before going to trial,” Pinter said. “It saves everyone time and money.”

Forum shopping has been one of the biggest criticisms of the Madison County asbestos docket - significantly having become a sticking point in negotiations between the Governor and state Legislature.

But Romani said that if a defendant has no interest in pursuing a case in Madison County, her firm will refile the case elsewhere.

Stobbs, Romani and Pinter stressed how attorneys in Madison County are usually pretty good about settling their differences and reaching agreements without issues.

“Ninety-Nine percent of the time, attorneys will work together,” Stobbs said.

After cases are filed, the parties begin discovery and gathering medical records, employment records and military records. Then the clock starts to run when the case is set for trial.

Stobbs has already begun setting cases for trial as far ahead as 2017.

Romani said cases involving a living mesothelioma plaintiff are typically set for trial in six months to one year from the date the case was filed. However, lung cancer cases or those with a decedent typically take about 15 months to get a trial date.

After a case is set for trial, the parties will begin scheduling depositions. The parties agreed that they try to get depositions done quickly. Romani added that it is better for defendants to avoid longer depositions because “the longer they have to think about and talk about things, the more they remember.”

In Stobbs’ courtroom, he only allows new depositions of corporate representatives if the questions are based on new material. But he said there generally isn’t any new material to address.

“We want to be consistent and use our standing order," Stobbs said. "We don’t want to re-plow ground that’s already been covered."

Pinter added that during the deposition phase, defendants take time to further investigate and cross examine alleged exposure histories. He said that in one case, his firm had a plaintiff who claimed he worked at a client’s premises during a specific time. However, further investigation revealed that the plaintiff had been in prison during the time he claimed to have been on the client’s premises.

Romani said that prior to taking a case to trial, her firm will let defendants know at least a month in advance whether they are a primary target, allowing them enough time to develop their arguments.

While Madison County has primarily seen defense verdicts in recent years, Pinter said it’s not over until defendants determine whether an appeal is in order.