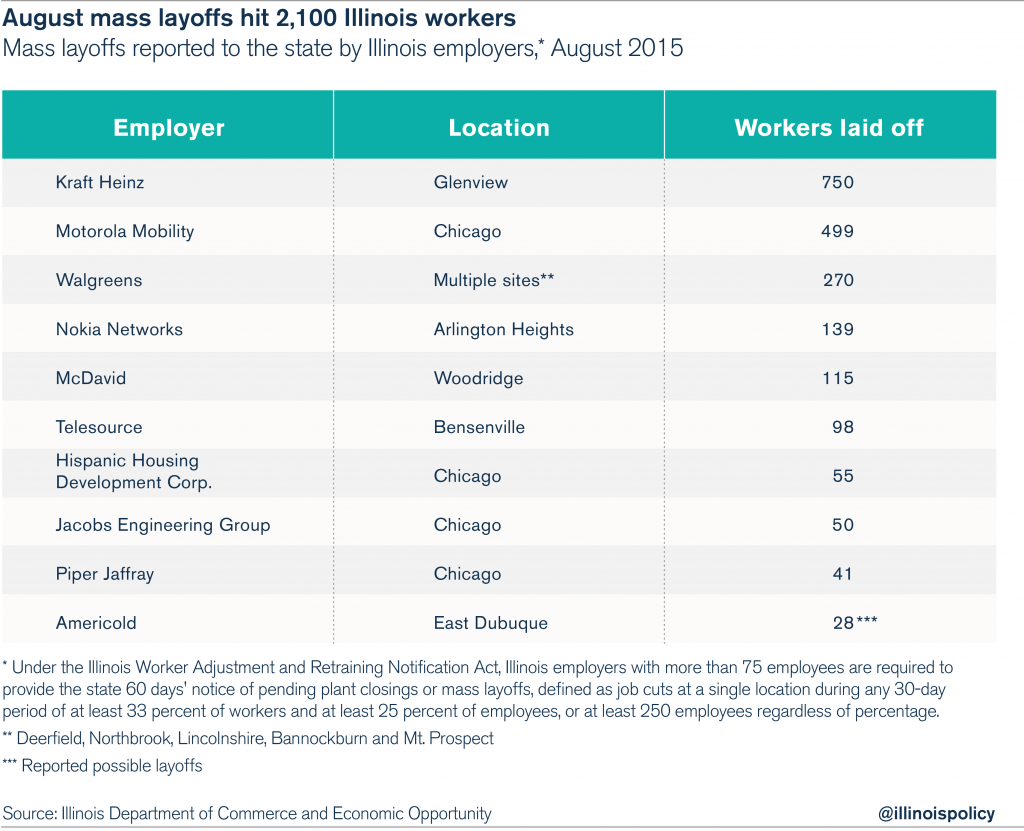 Illinois employers announced mass layoffs affecting 2,112 workers in August, according to a monthly report from the state’s Department of Commerce and Economic Opportunity, or DCEO.

Layoffs at Motorola Mobility are particularly disturbing in light of the DCEO’s 2011 deal with the company to provide $100 million in incentives over 10 years in exchange for Motorola’s pledge to keep its corporate headquarters in Libertyville, Illinois. Even after Motorola laid off more than 1,000 workers in 2012, the company was still eligible for a tax credit worth $11 million, according to the Chicago Tribune.

Meanwhile, the Nokia announcement is at least the second of the sort at the company’s Chicago offices. Illinois’ cell-phone favoritism doesn’t appear to have paid off. As of April this year, Nokia was set to receive state tax credits through its acquisition of SAC Wireless, which had struck a deal with former Gov. Pat Quinn worth up to $6.8 million in incentives.

Employers managing their businesses on slim margins are pulling up stakes and moving away from the Land of Lincoln, and expansion is entirely out of the question for many Illinois businesses.

Until Illinois improves its business climate, mass layoffs will continue to plague Illinois workers and their families.

Austin Berg is a writer for the Illinois Policy Institute.