Hightower brings both civil and criminal experience to the bench 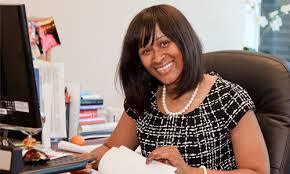 Jennifer L. Hightower, 32, will take the bench in Madison County with a resume that includes roles as asbestos litigator and prosecutor which she says have helped prepare her for her new role as judge.

“I look forward to serving the Madison County community with fairness, respect and dignity,” she said.

“I strongly believe that every litigant should receive an opportunity to be heard. The stature of a litigant and the importance of an issue should not outweigh the facts, the law and the equities."

Hightower, as well as Sarah D. Smith, were elected through a vote of Third Circuit judges to help fill vacancies created when five associate judges were not reappointed.

“We are all coming in wanting to do a great job, wanting to work hard, wanting to represent the circuit court with dignity and respect. We all just want to do the best job that we can,” she said.

Hightower is the daughter of Barbara and Ed Hightower, who recently retired as superintendent of Edwardsville School District 7.

She grew up in Alton and attended grade school there until her father took over the Edwardsville school district, where she graduated high school.

Hightower’s interest in law started when she was a young girl watching the O.J. Simpson trial. She said it was the first publicized trial she can remember, and she was fascinated by the attorneys.

She said she enjoyed trying to figure out whether he was guilty or not.

“That trial really changed my life. It sounds crazy. I knew at that point that I really, really wanted to do it.”

Hightower earned her B.S. degree in 2005 from the University of Missouri in Columbia with a major in political science and a minor in history.

After graduating college she began working for the SimmonsCooper firm for nearly a year before attending law school at Thomas M. Cooley School of Law in Lansing, Mich. She graduated with her juris doctorate in 2009.

Following graduation, she immediately began working at the Simmons Firm as an associate attorney.

In early 2014, she also began working as an adjunct professor at Lewis and Clark Community College in Godfrey teaching history and political science courses.

In May 2014, she also began working as an assistant state’s attorney covering the Alton docket.

Hightower said each of her experiences have prepared her for judgeship.

“I’ve seen lots of different areas of the legal field. There’s no one side to any story,” she said. “I definitely was able to see that in action when I was working at the state’s attorney’s office.

“I just want every litigant to have their opportunity to be heard.”

She explained that when she did work with the state’s attorney’s office, people would come in “angry and livid,” so she said she gave them an opportunity to vent their frustrations. And after they let off some steam, she said they were OK.

“They may not like the outcome," she said. "My hands were tied. The law is the law, and I can’t change the law. But after they would vent, they were OK.”

These experiences both gave her a thicker skin but also helped her see both sides of the story, she said.

“You’ve got to be able to have tough skin and keep your cool. Be respectful and fair,” she added.

Hightower said her priorities are God, family and work.

“It is important for me to work hard, remain humble and serve the community,” she said.

“Whenever I achieve something, you celebrate for a moment and then you want to set the bar higher for the next time,” she added.

Hightower said she is not sure which docket she will be assigned to and does not have a preference.

“I am ready and willing to work wherever I am assigned,” she said.

She is a volunteer for the Land of Lincoln Legal Clinic where she does pro bono work. She volunteers for Big Brothers, Big Sisters. Hightower mentors young girls through the Alton Girls Learning and Developing (G.L.A.D.) program. She also coordinates fundraising efforts for college scholarships as an alumna of Alpha Kappa Alpha Sorority Inc.

Hightower and Smith were  among 11 candidates that became run-off contenders from an original group of 46 applicants. She received votes from a majority of the circuit judges who voted. The remaining three vacancies have not yet been filled.