State only paying out Lottery prizes of less than $25,000 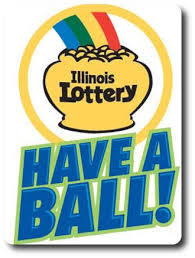 You might want to hold off on that new bass boat, dream house or even paying off any big debts.

Because of the state’s continuing budget impasse, Illinois is only paying out Lottery prizes of less than $25,000.

A prize of less than $600 can be collected from any of the more than 8,000 retailers that sell lottery products.

And prizes less than $25,000 can still be claimed at any of the Illinois Lottery’s claim centers, which can be found at illinoislottery.com.

Well, it looks like a Lottery big winner will have to wait for the winnings until Republican Gov. Bruce Rauner and the Democratic supermajorities that control the General Assembly can get past their differences and agree to a budget for the current fiscal year, which began July 1.

“Due to the ongoing budget situation in Springfield, some lottery winner payments have been delayed. All winners will be paid in full as soon as the Lottery and the Illinois Comptroller have the legislative authority to do so,” said Lottery spokesman Stephen Rossi.

Lottery officials say payouts of $25,000 or more would have to come from the office of Comptroller Leslie Geissler Munger, R-Lincolnshire, and her office says it lacks the legal ability to make those payments.

“We are not allowed by law to pay anything out of an appropriated account during the budget impasse without a court order or consent decree, or unless it is a statutory continuing appropriation,” said Rich Carter, spokesman for Munger’s office.

“It’s worse than a travesty; it’s a fraud,” said Franks. “I don’t see how the state can sell tickets and take money when they have no intention, or authority, to pay the winners.”

“I can tell you if you owe the state some money, they’re not going to say ‘Wait, we’re going to hold off until you’ve got your budget taken care of at home, and then just give us a call and you can pay us.’ That’s not how it works in the real world.”

Franks said the Lottery, in fact, should have to pay penalties on late payments to big winners. The state is effectively holding money for its own use and depriving the winners use of that money, and “they know that time is valuable.”

As a state, “We couldn’t be in a worse situation if we tried,” Franks said.

The governor’s budget proposal, the now-vetoed plan sent to the governor by legislative Democrats and now the actual spending to meet statutory obligations and satisfy court orders are all billions out of whack, and the red numbers are only growing, Franks said.

“It just gets progressively worse,” he added.

The state is now nearly 60 days into its fiscal year with the only significant portion of its budget approved being that for primary and secondary education. By one estimate compiled by Senate Democrats, the state is spending at a pace to exceed anticipated revenue by more than $5 billion.

Mark Fitton is a reporter for Illinois News Network, a division of the Illinois Policy Institute.