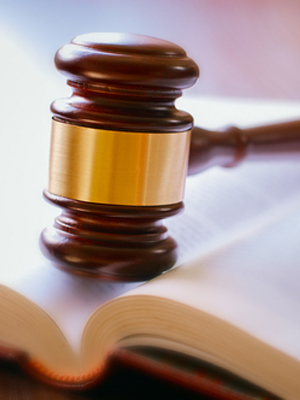 Third Judicial Circuit judges have voted to select Jennifer L. Hightower and Sarah D. Smith as associate judges, according to an announcement from the Administrative Office of the Illinois Courts.

Hightower received her undergraduate degree in 2005 from the University of Missouri-Columbia in Columbia, Mo. and her juris doctor in 2009 from Thomas Cooley Law School in Lansing, Mich.

She is currently an associate at the Simmons firm in Alton as well as an assistant Madison County state's attorney.

Madison County Chief Judge Dave Hylla said he was "extremely pleased to add two women of outstanding character and ability to our bench."

"I look forward to seeing their energy and enthusiasm work to provide an efficient administration of justice for the people of Madison and Bond counties."

Hightower and Smith were among 11 candidates that became run-off contenders from an original group of 46 applicants. They received votes from a majority of the circuit judges who voted.

Balloting will continue to fill the remaining three vacancies.

Beyers and Flack had served as associate judges until their terms expired June 30. Schuette is a family law attorney in Edwardsville; Simmons is a general practitioner in Alton.

The Supreme Court rule governing run-off balloting is as follows: "If there are not enough candidates receiving majorities to fill all the vacancies, the Director (of the Administrative Office of the Supreme Court) shall list alphabetically on a runoff ballot the remaining candidates, in number equal to twice the number of remaining vacancies, who received the most votes in the first balloting (or twice that number plus any who are tied with the candidate in the list who received the least number of votes).

"The candidates receiving the most votes in the runoff balloting shall be declared to be appointed to vacancies not filled as a result of the first balloting. Where a tie prevents a winner from being declared, reballoting shall proceed in the manner provided above for the first balloting except that ballots shall include only the names of those candidates whose tied votes prevented a winner from being declared."