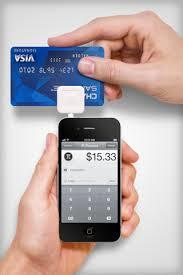 In July, Schneider rescinded a cease and desist order that the Department of Financial and Professional Regulation imposed on Square Inc., in 2013.

The order accused the booming San Francisco business of committing a Class 3 felony by processing payments without a license.

Schneider plans to rescind cease and desist orders against three other companies that faced felony charges and three that faced lesser charges.

The department issued a statement that the Illinois Transmitter of Money Act does not require a license for third party payment processors.

“The Department has determined that the third party processor is acting as the agent for the merchant in accepting and processing funds,” the statement reads.

It goes on to state that a company falls under the definition of third party processor only if it has signed an agency agreement with the merchant.

“There is essentially no risk of consumer harm because the customer will always leave the transaction with the goods or services bargained for, and only the merchant would bear the risk of nonperformance,” it says.

“We hope that this clarification will allow technology innovators to plan with greater certainty and incur less cost associated with regulatory activity,” it says.

In 2012, the department issued an order against Dinar Corporation, a Chicago Ridge company that processed exchanges of Iraqi currency.

The order against Square, leader of the industry, attracted national attention.

For the Next Web, Ken Yeung wrote that ride provider Uber, Square, and others like them were becoming targets.

“These services are working to change the way that we operate and live, such as how we get around and pay our bills,” he wrote.

“They are finding ways to help us take advantage of this so called sharing economy,” he wrote.

Payline Data reported that Square essentially created the market for mobile transactions at point of sale with its “smartphone dongle.”

It stated that mobile payment was “growing wildly in the micro merchant market.”

A writer for Business Insider recalled that in 2002, Louisiana issued a cease and desist order against electronic payment pioneer PayPal.