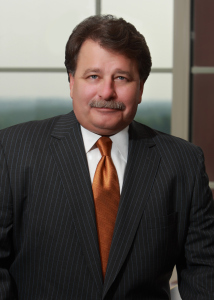 The child’s father, identified as John Doe, filed the lawsuit on Dec. 23 against Children First Foundation.

In his complaint, he claims the Illinois Department of Children and Family Services conducted an investigation on his daughter’s mother based on reports of sexual abuse. Following the inquiry, the Madison County Circuit Court ordered that staff members of the Madison County Kids’ Corner supervise all visits between the girl and her mother, identified as E.W., the suit states.

Children’s First Foundation accompanied Doe’s daughter on a supervised visit with her mother on Aug. 10

During the visit, E.W. took her daughter to the bathroom, even though the girl had been using the restroom by herself for years and did not require assistance, the suit states. Doe alleges the defendant’s staff did not accompany the two to the restroom.

“While E.W. and Little Girl Doe were together but otherwise alone in the bathroom without CFF supervision, E.W. touched Little Girl Doe’s vagina and told her ‘not to tell anyone,’” the suit states.

The defendant filed a motion to dismiss Count II of the complaint on April 21, arguing that the child has explained precisely how the alleged incident occurred, meaning there are no unknowns in the complaint.

Additionally, the defendant argues that it had no control over the individual that allegedly caused the child harm.

However, the plaintiffs filed an opposition to the motion to dismiss on May 18, countering that the unknowns in this case are how and why the defendant knowingly permitted the child’s mother to assist her when E.W. allegedly previously permitted registered sex offenders to sexually abuse her other young daughter.

“Whether the cause was poor training by CFF, inadequate preparation for the visitation by CFF staff, a momentary lapse of judgment by CFF staff, or something else, the fact is that there are simply no explanations that are not under the exclusive control of CFF,” the opposition states.

The defendant also argues that the alleged sexual abuse by the mother is not something that would have ordinarily happened and the mother was permitted to assist her daughter to the bathroom with one of the defendant’s staff members.

“Thus, at the time of the alleged sexual abuse, the plaintiff’s mother was in a position and was performing a function to which she was entitled under the applicable rules, namely physical access to her daughter,” the motion states.

However, the plaintiffs counter in their opposition that the defendant “unquestionably” had control over what allegedly caused the girl harm.

Additionally, they argue that the defendant is misreading the bathroom policy, which states, “At no time will the parent be in the bathroom along with the child.”

“CFF does not read this rule to prohibit parents from being in the bathroom with children alone, but rather takes the bold position that this rule ‘entitles’ E.W. to accompany five-year-old LGD to the bathroom,” the plaintiffs argue.

They add that the girl was old enough to use the bathroom by herself and dismiss the defendant’s claim that additional information on the mother regarding the sexual abuse allegations was necessary to prevent her from assisting the girl in the bathroom.

“Regardless, even if LGD were a small child (which she isn’t) and even if she required assistance (which she didn’t) and even if additional documentation of E.W.’s past behavior wasn’t known to CFF (which it was), then CFF still violated its rule and court order requiring that parents and children not be left alone in the bathroom at any time,” they continue.

Kelley denied Children First Foundation’s motion to dismiss on June 17 and scheduled a status conference for Sept. 22 at 8:30 a.m.

The plaintiffs are represented by Bradley A. Winters and Douglas J. Winters of Sher Corwin Winters LLC in St. Louis.

The defendant is represented by Thomas A. Carton of Bullaro & Carton PC in Chicago.

Want to get notified whenever we write about Illinois Department of Children and Family Services ?

Sign-up Next time we write about Illinois Department of Children and Family Services, we'll email you a link to the story. You may edit your settings or unsubscribe at any time.