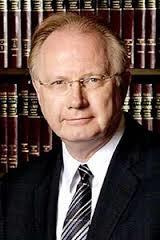 The Illinois Supreme Court Rules Committee will hear comments July 22 at a public hearing in Chicago on several proposals, including one calling for changes to the rules that govern the legal profession and another seeking to use a word count instead of a page limit to regulate the length of appellate briefs.

Other proposed changes deal with Supreme Court rules on amicus curiae briefs, certified questions, preparation of appeals, review of administrative orders and admission to the practice of law, according to a press release issued by the Court on Wednesday.

All the proposals, which must be approved by the Illinois Supreme Court before they could take effect, will be aired at a public hearing before the Rules Committee on at 10 a.m. on July 22 in Room C-500 of the Michael A. Bilandic Building at 160 N. LaSalle St. in Chicago.

One of the proposals on the agenda for the hearing seeks to amend the updated Rules on Professional Conduct, which the Supreme Court approved in 2009 after an extensive review process that began in 2002 and included thousands of hours of work by judges, lawyers, legal ethics scholars, Supreme Court committees and a joint committee of the Illinois State Bar Association and Chicago Bar Association, the release states.

The Rules on Professional Conduct took effect in 2010 and marked the first complete revision of the rules since 1990. They govern a broad range of conduct and include detailed comments to assist lawyers in interpreting the purpose of each rule.

Submitted by the Supreme Court Committee on Professional Responsibility, Proposal 15-04 includes numerous changes, many of which come in the form of amendments to existing comments and additional commentary to clarify sections on retaining or contracting with other lawyers, preserving confidentiality and the special responsibilities of prosecutors, among others, the release states.

Proposal 15-04 also seeks to do the following:

n Amend Rule 705 to provide that any person who, as determined by the Board of Admissions to the Bar, has been licensed to practice in the highest court of law in any United States state, territory or the District of Columbia for three years, rather than the currently required five, may be eligible for admission to practice law in Illinois on motion.

n Amend Rule 716 to allow a lawyer licensed or authorized to practice law in a foreign jurisdiction to receive a limited license to practice in Illinois when the lawyer is employed in the state as house counsel exclusively for a single corporation, partnership, association or other legal entity if the lawyer meets the rule's current requirements and has completed the course on ethics for foreign

lawyers approved by the Supreme Court Commission on Professionalism.

Proposal 14-12, submitted by the Chicago Bar Association, would do the following:

n Amend Rule 341 to limit appellant and appellee briefs to no more than 14,000 words, instead of the current 50 page limit. Similar changes would be made to limits on briefs from cross-appellants and cross-appellees.

n Amend Rule 345 to prohibit briefs of amicus curiae submitted in support of petitions for leave to appeal to the Illinois Supreme Court.

Proposal 14-07, also submitted by the Chicago Bar Association, seeks to:

n Amend Rule 308 to extend the time for filing an application for leave to appeal from 14 days to 30 days after the entry of the certified question in the trial court.

n Amend Rule 324 to require the clerk of the circuit court to accept for inclusion in the record any pleading that carries an original filing stamp of the clerk and that notice of filing be given to all parties of record.

n Amend Rule 335 to provide that a petition for review be filed in the appellate court within 30 days from the date that a copy of the order or decision sought to be reviewed was served upon the party affected by any order or decision of an administrative agency.

The Rules Committee invites public comments on the proposals, which are posted on the Supreme Court website at: www.illinoiscourts.gov/SupremeCourt/Public_Hearings/Rules/default.asp.

Those wishing to testify in person at the hearing on any of the proposals should send an e-mail or written request to the Rules Committee secretary no later than July 15.

Justice Thomas L. Kilbride serves as Supreme Court liaison to the Rules Committee and James R. Figliulo, a partner at Figliulo & Silverman in Chicago, is chair of the committee.