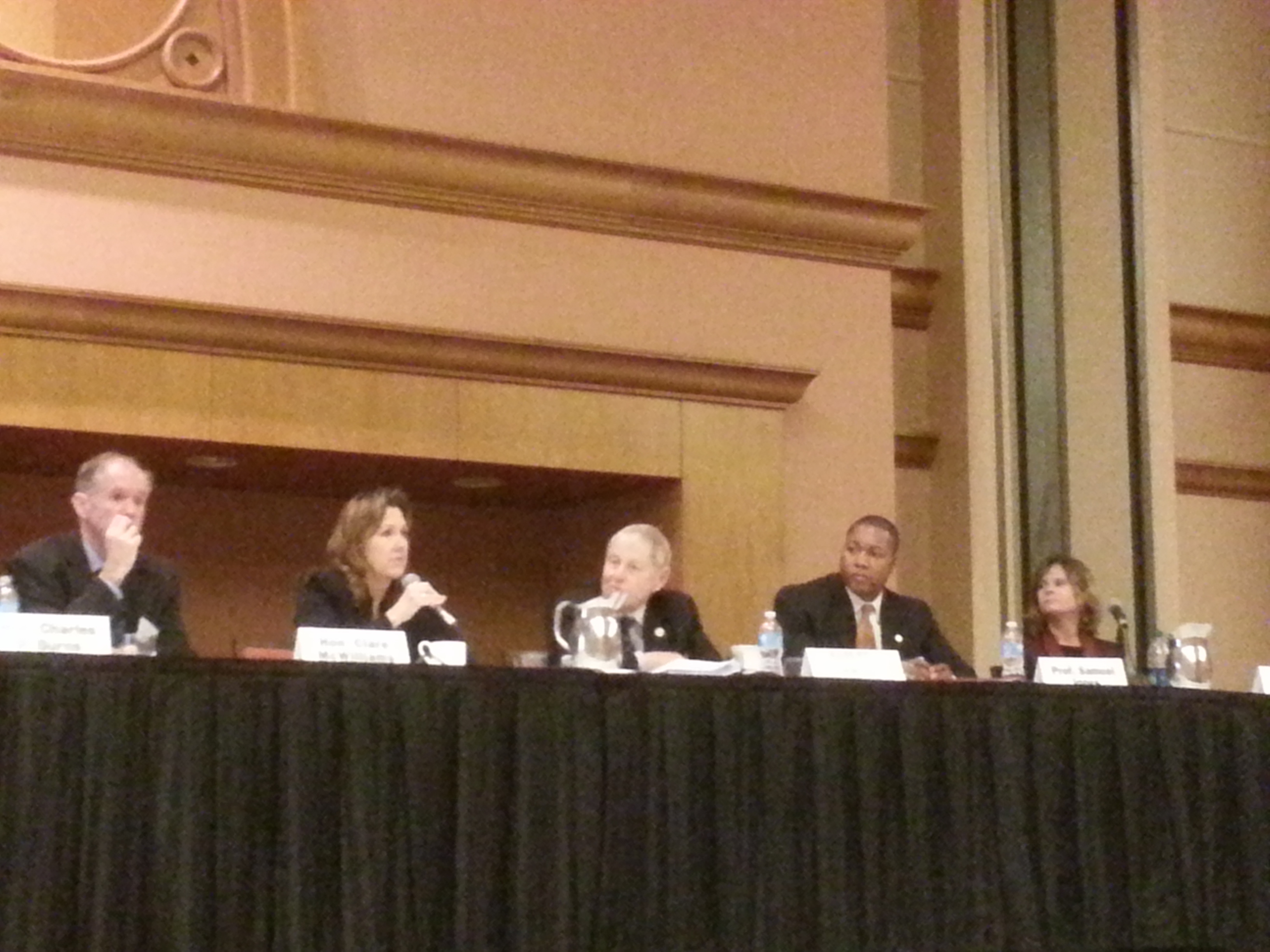 The relationship between social media and the legal community is “a topic that is certainly here to stay,” according to one federal judge.

As long as sites like Facebook remain popular and technology continues to improve, U.S. District Judge Amy St. Eve said judges need to be aware of related ethical and privacy concerns in order to properly address them.

Eve joined two Cook County circuit judges, a law professor and an attorney Friday to talk about issues that can arise when judges, jurors and other members of the justice system sign on to social media sites, like Facebook and Twitter.

The panel discussion, “Social Media, Ethics and You” #yougottaluvit,” was part of the Illinois State Bar Association/ Illinois Judges Association Joint Meeting in Chicago, which came to a close on Saturday.

St. Eve said she became interested in the topic after watching several high profile trials that attracted the media, as well as their fair share of blog posts and Tweets.

She said the media’s use of social media during Conrad Black’s 2000 fraud trial, not only intrigued her, but spurred concern over how to ensure fair trials.

In addition to writing a paper, “Ensuring an Impartial Jury in the Age of Social Media,” St. Eve said she conducted an informal survey.

Over the past two years, she’s given her jurors questionnaires after the end of trials to find out if they were tempted to communicate about the case through social media sites, and if so, what prevented them from doing so.

St. Eve said only about nine of the 227 anonymous responses reported having the temptation to do so and each said they ultimately didn’t succumb to the social media craze.

Eight of those nine jurors provided explanations, the majority of which St. Eve said dealt with the desire to keep an open mind, uphold the oath they took and not violate judge’s orders. She said she frequently reminds jurors not to discuss the trial on social media sites.

Her findings, she said, show how important it is for judges to instruct and remind jurors not to communicate about the trial via social media.

And while there aren’t many legal opinions on the issue, St. Eve said it seems like she’s always reading and hearing stories about jurors “friending” litigants and questions getting raised over Facebook friendships between judges and lawyers.

He said he recently heard about a situation where a juror went to the scene of the incident at issue in the trial. The juror, Cummins said, wanted to see if the lighting was as dim as the defense counsel suggested and after determining it wasn’t, told the other jurors about it.

“This sort of thing happens,” he said.

Samuel Jones, a professor at The John Marshall Law School, talked about some of the ethical issues judges should consider before joining popular social media sites.

“You have to be very mindful of communications you have with anyone as judges,” Jones said. “Online friendships can be every bit as intimate” as face-to-face friendships.

Jones said judicial inquiry commissions in some states have taken a restrictive approach to the issue while others have been more open to judges using Facebook.

Standing in the audience, Justice Mary Jane Theis told Jones she has stayed away from social media all together in order to prevent any ethical violations.

Theis said that following his advice, however, has kept her from seeing photos of her grandchildren.  She said several people have made comments about how cute her grandkids are in photos on her children’s’ Facebook pages and she has no idea what they are talking about.

Jones said some ethical concerns with judges’ using Facebook could be alleviated if they remove any identification of them being a judge. He also said judges could use a family member’s account to check social media sites.

And when it comes to creating Facebook campaign pages, Jones said a lot of judges remove themselves from the situation by having someone on their campaign committee run the page.

“All of us are struggling through these issues as is the court,” Theis said.

Want to get notified whenever we write about John Marshall Law School ?

Sign-up Next time we write about John Marshall Law School, we'll email you a link to the story. You may edit your settings or unsubscribe at any time.