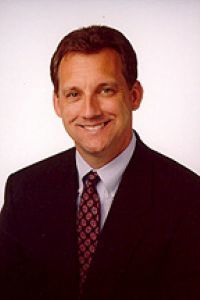 Wavie Cole, Francisco Ruiz, Carl Canada and Cleophas Eckford seek a total of $10 million -- $2.5 million each -- from their former employer.

They all assert that the Federal Employers’ Liability Act (FELA) governs their claims because their employment duties “were in furtherance of and did closely, directly and substantially affect interstate commerce,” which BNSF engaged in as “a common carrier by rail.”

Each plaintiff contends his duties for BNSF exposed him “to toxic substances including asbestos, diesel exhaust, environmental tobacco smoke, welding fumes, silica, and other toxic dusts, gases and fumes which caused him to suffer permanent injuries to his lungs in the nature of asbestosis and other respiratory disease.”

The complaint includes four FELA counts -- one for each plaintiff – and asserts that BNSF failed to provide them with a reasonably safe work place or warn them of the hazardous nature of asbestos and other toxic substances.

Among other claims, the suit also accuses the railroad company of failing to inspect equipment to determine if there was contamination and take adequate steps to reduce employees’ exposure to toxic substances.

BNSF’s negligence, the suit asserts, caused “in whole or in part” the plaintiffs to develop asbestosis and other respiratory diseases.

As a result, each plaintiff claims he “has suffered and will continue to suffer great pain and disability, genuine and serious mental anguish and extreme nervousness as a result of his reasonable concern over the prospects of developing cancer caused by his exposure to asbestos, diesel exhaust, environmental tobacco smoke, welding fumes, silica and other toxic dusts, gases and fumes.”

Belleville attorney William Gavin filed the suit on behalf of the plaintiffs.