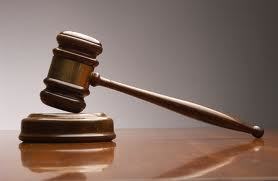 An Illinois company has filed suit against the company and real estate agent that it claims sold it an environmentally contaminated piece of property that it has not been able to lease.

LJ Jordan claims it bought property from defendants Ameren and real estate agent William Phelps on Aug. 16, 2011. Before closing on the sale, LJ Jordan asked Phelps about the environmental condition of the property, according to the complaint filed Oct. 26 in St. Clair County Circuit Court. After Phelps reassured LJ Jordan that there were no environmental problems at the site, the company agreed to buy the property, the suit states.

LJ Jordan then found someone to lease the property and provided the company with an environmental property assessment report that Ameren had given LJ Jordan, the complaint says.

However, after looking at the documents, Foresight determined that they did not verify the property was free of contamination. It then conducted its own assessment, which revealed the presence of polychlorinated biphenyls and a potential problem with an underground diesel fuel storage tank, LJ Jordan claims.

Before Foresight agreed to lease the property from LJ Jordan, it requested that LJ Jordan remove the contamination and remediate the site, according to the complaint. At a considerable price, LJ Jordan hired a company to perform the desired work, the suit states.

“After the property was remediated as aforestated, but due to the risk of environmental contamination still being present on the property, Foresight advised it would lease the property only if plaintiff would agree to further remediate the property if so requested by foresight,” the complaint says.

Because LJ Jordan was not willing to make the changes Foresight sought, it claims it has not been able to lease the premises to Foresight or any other company.

It will be represented by Dale M. Funk of O’Fallon.