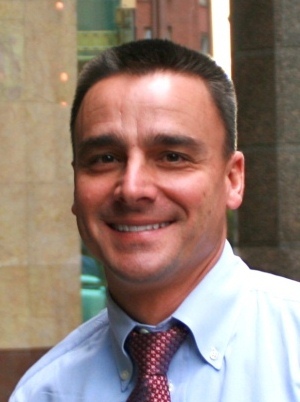 The builder accused of constructing a Madison County asbestos attorney’s $1.1 million home atop fill dirt is counter-suing the construction company and others.

Mudd and his wife Michelle seek in excess of $100,000 for costs of engineering reports, repair and installation of piers to stabilize their sinking Edwardsville residence built in 2009.

Mudd claims that when he met with a representative of Fox Creek Realty in 2006, he was told that the property was naturally sloping, and was not told that it had previously contained a deep gully. He claims the property – situated in a cul de sac – had already been cleared of trees and excavated, “and unknown to plaintiff, the previously existing 40’ deep gully on the property had already been filled” with gravel, wood, asphalt, bricks, paper and dirt, the suit states.

After living in the home for about three years, the Mudds claim they began noticing cracks in the structure and walls of the residence in the spring of 2012, but were assured by builder Dorsey, who operates Piedmont, that the cracks were caused by the expansion and contraction of the trusses.

The plaintiffs accuse Piedmont of failing to obtain proper inspections, compact the fill as necessary to render the property suitable for construction, supervise the work and alert the plaintiffs to the presence of extensive fill on the property when it was discovered.

“Once construction was underway and the foundation was being dug, Dorsey Defendants knew or should have known the Property contained fill dirt of an unusual nature and that the Property would therefore be unsound for the proposed construction activity,” the suit claims. “Nevertheless, Dorsey Defendants breached the above-cited provision, covered up the infirmity of the underlying land, and built the entire residence, instead of contacting Plaintiffs ‘before conditions are further disturbed.’

“Dorsey Defendants constructed the residence on top of fill dirt, rather than natural virgin land, causing the residence to sink into the fill dirt.”

After denying the allegations in its Nov. 26 answer, Dorsey and Piedmont filed a counterclaim for contribution against Thiems Construction, Fox Creek Realty, Fox Creek Country Club and Fox Creek Estates on May 29 through attorneys Gordon R. Broom, W. Jason Rankin and Matthew B. Champin of HeplerBroom.

Thiems Construction filed a motion for leave to file a counterclaim against Dorsey and Piedmont on May 12.

Fox Creek Realty denied the allegations against it in its Jan. 8 answer.

“Plaintiffs’ claims fail because FCR did not cause plaintiffs’ damages, if any. Steven Dorsey, Piedmont Development Corporation, the architect and/or plaintiffs themselves were responsible for plaintiffs’ alleged damages,” the answer states.

Fox Creek Country Club answered the complaint on Jan. 9, denying the allegations. Instead, it argues that it was never a party to the sales contract, meaning the plaintiffs cannot make claims of breach of contract or breach of implied warranty.

The defendant also argues that the claims fail because it was not the developer, builder or vendor of the home in question.

Thiems Construction and Fox Creek Estates denied the allegations in their separate Jan. 23 answers to the complaint, arguing that the alleged damages were caused by other parties and by conditions or factors “prior to the events complained of in this complaint."

The defendants also argues that the alleged damages were the “result of preexisting or subsequent conditions or intervening cause that are unrelated to plaintiffs’ damages.”

Represented by John W. McCracken of the Goldenberg firm, Mudd denied the allegations in the defendants’ affirmative defenses.