Asbestos researcher has close ties with plaintiffs' bar; Legal ethics professor says it's up to fact finders to determine propriety 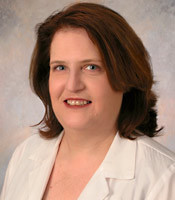 The involvement of Dr. Robert Taub in the corruption case against New York State Assembly Speaker Sheldon Silver has brought new attention to medical researchers who have close relationships with plaintiff’s lawyers.

Dr. Hedy Lee Kindler, the director of the Mesothelioma Program at the University of Chicago Medical Center, appears to be one of these researchers. In recent years, she has appeared in Madison County asbestos litigation as a treating physician and expert witness, and participated as a speaker at asbestos litigation conferences sponsored by plaintiff’s lawyers.

Her research program has also received a significant amount of funding from the Simmons Law Firm, as well as from similar firms around the country.

The University of Chicago Medical Center describes Kindler as a world-renowned cancer expert who specializes in the treatment of pancreatic cancer, gastrointestinal tumors and malignant mesothelioma, or a type of lung cancer caused by exposure to asbestos. She focuses her research on investigating “novel agents” for treating these cancers, and creates and conducts clinical trials for patients who suffer from them.

According to the article, while nearly 3,000 cases of mesothelioma are diagnosed each year, the average oncologist sees only one or two of those cases. However, the article said, since the University of Chicago Comprehensive Cancer Center has one of the largest mesothelioma treatment programs in the country, its doctors see close to 120 newly-diagnosed mesothelioma patients each year.

The article pointed out that while Nelson didn’t participate in any clinical trials of new treatments, the Mesothelioma Program offers innovative options for both newly-diagnosed patients and patients who received earlier treatments.

Kindler said in the article that “there are several promising avenues, such as immunotherapy (boosting patients’ immune response in specific ways that kill cancer cells), and targeted therapy (blocking specific growth pathways associated with mesothelioma).”

The University of Chicago Comprehensive Cancer Center is currently recruiting patients for 13 different mesothelioma cancer studies, according to its website.

In addition to her practice, Kindler has been active in several organizations that focus on mesothelioma research and treatment.

From 2006 to 2010, she served as president of the International Mesothelioma Interest Group, an independent group of scientists and clinicians that works to prevent and treat mesothelioma.

Kindler served as a member of the Science Advisory Board of the Mesothelioma Applied Research Foundation, a national organization that seeks to cure mesothelioma by funding new research projects, helping patients connect with experts, and advocating for more federal research funding. The foundation website explains that Science Advisory Board members review and score incoming applications for research grants.

Kindler now serves as a member of the Science Advisory Board of the Asbestos Disease Awareness Organization, which describes itself as the largest independent asbestos victims’ organization in the country. This organization awarded her with the Dr. Irving Selikoff Lifetime Achievement Award in 2010.

One of her earlier conferences, the 2009 Emerging Trends in Asbestos Litigation Conference, was chaired by well-known plaintiff’s attorneys John Cooney of Cooney & Conway in Chicago, Timothy Krippner of Segal McCambridge Singer & Mahoney in Chicago, and Perry Weitz of Weitz & Luxenberg in New York.

Kazan later mentioned in a post on his law firm’s website that he talked with Kindler in 2006 at a meeting of the International Mesothelioma Interest Group.

He said in the post that he “spoke with Dr. Kindler who was also treating several of our clients. I was so impressed with the novel approaches she and her team were taking and decided to recommend to our Board of Directors that we financially support their work through the firm’s charitable foundation. And every year, I receive a wonderful summary of the research that contribution is helping to fund.”

Similarly, the Simmons Law Firm established the Simmons Mesothelioma Foundation in 2010 and began contributing funds to the University of Chicago Medical Center. According to the medical center’s annual reports, the foundation has donated between $500,000 and $1.6 million since 2011.

The Simmons Mesothelioma Foundation also supported Taub, who headed the Columbia University Mesothelioma Center until he came under fire for referring patients to Weitz & Luxenberg, which employed Silver. According to the Jan. 21 federal complaint, these patients and their cases generated millions in referral fees for Silver, who then secretly directed state funding to Taub’s cancer center. Taub is now serving as a government witness in the case against Silver.

According to a Jan. 24 New York Times article, court papers show that Taub also sent patients to the Simmons Law Firm after he received funding through the Simmons Mesothelioma Foundation.

It is unknown whether Kindler refers patients to the Simmons Law Firm or other asbestos and mesothelioma law firms. The University of Chicago News Office did not return requests for comment.

John Steele, a visiting professor at the Indiana University Maurer School of Law, who teaches legal ethics, points out that the American Bar Association Model Rules of Professional Conduct should prevent any lawyer from paying non-lawyers to refer clients to them.

However, he adds, plaintiff’s lawyers in this situation might argue that they are not actually paying for referrals.

“The innocent explanation is that we make a living off the horrendous suffering inflicted by companies on good, working class people, and therefore, it’s only natural that we would take some of our revenues and turn them over to scientific research that we hope will make them better and safer for people like our clients,” Steele said.

“But then the argument is that they have an arrangement, right?” he added. “In that sense, some fact-finders are going to have to make a call as to whether or not these were improper referrals fees.”

Kindler also receives federal funding for her research. According to the National Institutes of Health, she was the leader on projects that received $1.3 million from the National Cancer Institute between 2009 and 2013. The NIH reported that their objective was to develop and perform large-scale clinical trials to advance the treatment of cancer patients.

According to the NIH, Kindler also served as the leader for a project establishing the University of Chicago Comprehensive Cancer Center as a lead academic participating site in the National Clinical Trials Network. This project received a total of $785,950 from the National Cancer Institute in 2014.