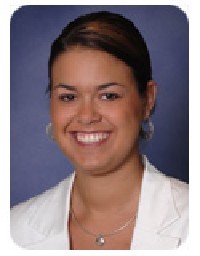 District Judge Staci M. Yandle dismissed seven defendants in an asbestos wrongful death action for lack of personal jurisdiction, concluding that a mere presence in Illinois does not give the state jurisdiction.

Plaintiff Billie Denton, individually and as special administrator for the estate of decedent Robert F. Denton, originally filed his lawsuit in Madison County Circuit Court in October 2013. It was removed to federal court in December 2013.

Denton alleges the decedent served in the U.S. Navy from 1944 until 1947 and was exposed to asbestos-containing products manufactured by the defendants or while working for the defendants.

Yandle wrote that the plaintiff failed to allege facts indicating the decedent’s injuries arose from the defendants’ connections to Illinois.

Denton, on the other hand, argued that the court should maintain jurisdiction because of its “substantial, continuous and systematic contacts” with Illinois, including a manufacturing location and businesses.

Yandle was not convinced. She explained that an Illinois district court must determine whether the defendant’s contact with the state is appropriate, ensuring that maintenance of the suit does not offend “traditional notions of fair play and substantial justice.”

She concluded that the defendants are not incorporated in Illinois and do not maintain their principal places of business within the state. Furthermore, Denton failed to provide facts indicating that the defendants’ affiliation with Illinois is “so continuous and systematic as to render” them at home here.

“[The defendants] undoubtedly have contacts in Illinois,” Yandle wrote. “However, the Supreme Court has made it clear that the mere presence of a defendant in the forum does not subject it to all-purpose jurisdiction in that forum.”

Yandle also dismissed Crosby Valve on Feb. 23 after the plaintiff filed a voluntary motion to dismiss, “so that he may proceed against the remaining defendants.”

Denton is represented by Allyson Romani of Shrader & Associates, LLP, in Glen Carbon.

Want to get notified whenever we write about DuPont ?

Sign-up Next time we write about DuPont, we'll email you a link to the story. You may edit your settings or unsubscribe at any time.