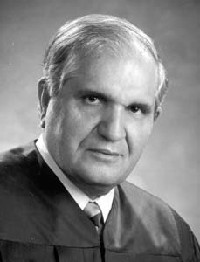 SPRINGFIELD – Supreme Court Justices who reversed a $10 billion judgment against Philip Morris 10 years ago without resolving most of the issues in it should take up those issues now that the case has returned, Philip Morris argues.

The cigarette maker pleaded for full review on Jan. 7, in a brief challenging a Fifth District appellate court decision that reinstated the judgment last year.

Michelle Odorizzi of Chicago wrote for Philip Morris that former Madison County circuit judge Nicholas Byron should not have certified the case as a class action.

“Trying this case on behalf of a class stripped Philip Morris USA of its constitutional right to raise individual challenges and defenses to plaintiffs’ claims,” she wrote.

Price’s lawyers “hypothesized a perfect plaintiff based on armchair assumptions about what everyone supposedly thought or believed or did,” Odorizzi wrote.

She wrote that Byron accepted the assumptions even though class members directly contradicted them in trial testimony.

“The end result was unconstitutional and cannot stand,” she wrote.

Further, Philip Morris now has comments that it sought for trial but did not receive, in response to an internet survey that plaintiffs conducted, according to Odorizzi.

She wrote that a number of participants were confused or didn’t take it seriously.

One responded, “This is the most ridiculous survey that I have ever been asked to complete. Whoever authored these questions should be fired.”

Odorizzi wrote that another responded, “This was one of the worst surveys I have seen. The questions are poorly written and difficult to read.”

He argued that smokers compensated for reductions in tar and nicotine by puffing more frequently and deeply.

Under Illinois consumer fraud law, he sought the difference between what smokers paid and what they would have paid if Philip Morris hadn’t deceived them.

In 2001, Byron certified a class action for all Illinois residents who bought and smoked Cambridge Lights and Marlboro Lights.

The class period began in 1971, when Philip Morris placed Marlboro Lights in the stream of commerce.

Byron found that whether light cigarettes were in fact light was a common question of fact that predominated over individual issues.

He expressed concern over the defendant’s argument that determining damages might require individual proofs, but he put his concerns to rest.

“The court feels that under the fluid recovery doctrine, a common fund may be created and proof of damages handled through an administrative claims process without the request for individual trials on damages,” he wrote.

Philip Morris demanded a jury trial. Byron denied it and held a bench trial in 2003.

According to Odorizzi, Price’s experts admitted that they never spoke to a single class member or surveyed the class.

“They also admitted that most surveys found that a majority of smokers did not believe that lights were safer," she wrote.

She wrote that 23 class members testified at trial or by deposition, and that Byron denied discovery as to any others. They all claimed to have been deceived, but that 17 admitted that they continued smoking lights after learning of the alleged deception. Also, none of them claimed to have suffered any financial loss.

Odorizzi wrote that plaintiff expert Jeffrey Harris based his theory of damages solely on a survey that Tillery commissioned.

She wrote that the survey assumed a choice between otherwise identical types of Marlboro Lights, one more harmful than regular cigarettes and one safer.

“The survey then asked how much cheaper the more dangerous Lights would have to be before the respondents would be willing to buy them,” she wrote.

Harris calculated the discount at 92.3 percent, she wrote, and he multiplied that by the price of every pack purchased in Illinois in 30 years.

Odorizzi wrote that Philip Morris argued that the Federal Trade Commission authorized light and low tar labels in consent decrees in 1971 and 1994.

She wrote that plaintiffs retained a former FTC staffer to counter Peterman, but they chose not to call her.

“Nor did they ask the FTC to provide its views in any form," she wrote.

Harris’s calculation of damages suited Byron so well that he adopted it as his own, awarding plaintiffs $7.1 billion in compensatory damages.

He wrote that plaintiff witnesses were credible and reputable.

“The court did not find the expert and fact testimony of Philip Morris’s witnesses to be as credible as the testimony of witnesses for the plaintiffs in this case,” he wrote.

Byron wrote that Philip Morris intended to provide smokers with “a product that could reduce the cognitive dissonance associated with smoking.”

He wrote that although Philip Morris did not explicitly state that Marlboro Lights possessed a positive health attribute, “class members universally understood the message of reduced risk.”

He found Marlboro Lights and Cambridge Lights “more harmful and more hazardous than their regular counterparts.”

In Byron's judgment, he found that FTC decrees did not preempt Illinois fraud law.

He wrote that if funds should remain from the compensation fund, he would distribute them to law schools, Legal Aid Society, American Cancer Society, domestic violence programs, drug courts, and the Illinois Bar Foundation.

Declaring Philip Morris’s conduct outrageous and its motive evil, he imposed $3 billion in punitive damages and awarded it to the state of Illinois.

The Supreme Court granted it, heard oral argument, and reversed Byron in 2005, by a vote of 4-2.

Although this conclusion by itself resolved the appeal, she expressed reservations about Byron’s approach to damages and about individual issues that might have made class certification inappropriate.

Justices Lloyd Karmeier and Thomas Fitzgerald concurred and wrote separately that plaintiffs failed to establish that they sustained actual damages.

Dissenters Thomas Freeman and James Kilbride rejected FTC preemption and backed Byron on damages, but they expressed no view on class certification.

Tillery petitioned the U.S. Supreme Court for review, but he didn’t get it.

The Illinois Supreme Court issued a mandate to dismiss the complaint, and Byron complied on Dec. 18, 2006.

A month later Tillery moved to vacate or withhold judgment, claiming a brief of the Solicitor General in another case cast doubt on the Price decision.

Rather than rule on the motion, Byron certified it to the Fifth District.

The Supreme Court intervened, directing the trial court to dismiss the motion.

He argued that a new decision of the U.S. Supreme Court eviscerated the Illinois Supreme Court’s reasoning on FTC preemption.

Tillery amended the petition in 2012, to add quotes from a brief that FTC filed as friend of the U.S. Supreme Court in 2008.

Ruth denied the petition, finding Tillery failed to show Price would have come out differently if the Supreme Court had known in 2005 what FTC would say in 2008.

Ruth found it likely that Philip Morris would have won on damages even if it had lost on FTC preemption.

They found it easy to see how FTC’s brief would have changed the analysis.

Philip Morris petitioned the Supreme Court for leave to appeal or for a supervisory order that would immediately overturn the Fifth District.

The Justices denied a supervisory order.

For the appeal petition, Odorizzi wrote that the Fifth District set the stage for “a new appeal that would proceed as if this court had never decided Price.”

She called for analysis of other grounds the Justices considered but did not definitively decide in 2005.

“That analysis shows that the $10.1 billion judgment could not have withstood review under any circumstances," she wrote.

Odorizzi wrote that plaintiffs presented no evidence that their survey accurately predicted price in a fully informed market.

She wrote that the price didn’t drop following disclosure of the alleged deception.

“If plaintiffs had relied on market evidence and consumer behavior in the real world, their damages would have been zero,” she wrote.

Odorizzi contested Byron’s class certification, writing that he swept individual issues under the rug in violation of Illinois law and due process.

She wrote that without objective proof of class membership and without a way to test individual claims, “the lure of a $7.1 billion compensatory damages fund would turn the claims process into an invitation to fraud.”

Former governor Jim Thompson, now with Winston and Strawn in Chicago, also worked on the brief.

So did Larry Hepler and Beth Bauer, both of HeplerBroom in Edwardsville.