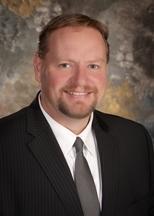 The parties in a sexual harassment case involving a boss and his former employee have agreed to keep an appropriate distance from one another.

Madison County Circuit Judge William Mudge issued the Dec. 11 order demanding the parties keep a distance of 100 feet from each other at all times except during court proceedings or depositions. Additionally, if the parties are at the same event, they are told to “use their best efforts to stay as far away from each other as possible.”

The order was issued in a case where plaintiff Kelley S. Brooks claims she was fired after alleging repeated sexual harassment on the job.

According to her lawsuit, Brooks claims she worked for the defendants in various positions from October 2012 to July 2013. Kiffmeyer, owner of the companies and Brooks’ boss, allegedly subjected the plaintiff to inappropriate touching, sexual advances and comments on a daily basis. Brooks claims she was frightened by Kiffmeyer’s conduct because he was prone to angry tirades and several times threatened her with a gun he kept in his desk.

Brooks alleges she asked Kiffmeyer to stop the behavior and harassment several times but it continued. She alleges she was eventually fired by Kiffmeyer in retaliation for complaining about the treatment and refusing to comply with his sexual advances, the suit states.

Kiffmeyer and his companies are accused of violating Illinois’ Human Rights Act, in regards to sexual harassment and retaliatory discharge, violation of Illinois’ Gender Violence Act and assault and battery.

The defendants denied the allegations when they filed an answer to the complaint on Nov. 13. Instead, they asserted several affirmative defenses against the plaintiff.

Kiffmeyer claims the alleged harassment is false and “never occurred” and that the plaintiff never made the alleged statements to anyone employed by the defendants.

“Plaintiff was discharged for justifiable, legal reasons having nothing to do with the alleged incidents of harassment included in plaintiff’s complaint,” the defendants state.

He also alleges the plaintiff’s claims are time barred because she failed to state a claim upon which relief can be granted.

Brooks responded to the affirmative defenses on Dec. 8, denying assertions made in the response.

Brooks seeks more than $200,000 in damages for lost income and court costs.

Want to get notified whenever we write about Gori, Julian & Associates PC ?

Sign-up Next time we write about Gori, Julian & Associates PC, we'll email you a link to the story. You may edit your settings or unsubscribe at any time.